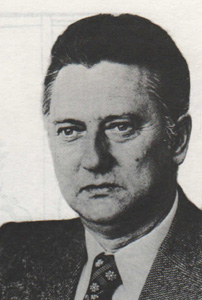 Was born in 1927 in Slovenia. Studied at an Architecture faculty in Zagreb along with working in Studentsky List newspaper and humor magazine Kerempukh. In 1950 he began to work in daily Zagreb newspaper Veysnik as a drawer. His drawings were published in many national and international newspapers and magazines. He participated in many exhibitions, won the international prize Salon of Humor in 1967 in Montreal. Among his numerous prizes, he got a national prize of Moshe Piade in 1975. This prize honors the most remarkable culture figures in Yugoslavia.

Otto Rayzinguer is a creator who`s gift combines four talents which rarely go together – drawing skills, a fine sense of humor, journalist approach and deep knowledge of people. Moreover, he studied mindsets of students, soldiers, lovers, fathers, football players, seamen, fishermen, taxpayers, servants, tv viewers, car drivers with their eternal fight for a parking place, from his own experience. In other words, his humor pencil feels like a duck to water almost in any situation.
One more benefit of his is that he has ancestors in Croatia, Austria, Slovenia, Hungary, Italy and because of that he possesses a wily intelligence of all these nationalities.
Publications in Nebelspalter brought him just popularity far beyond Yugoslavia. His satiric comments on people behavior appear in many newspapers in the world. Not without difficulties but with the final success he graduated from the university after which he meant to become an architect as his father was. He claims that he wanted to be the best cartoonist among architects, and the best architect among cartoonists. He did great good for himself spending years for studying formulas, figures, maths, geometry, and disciplines about style and perspective. You can easily notice in his works where he indicated with neat strokes brilliantly styled facades, interiors, furniture, buildings. All these elements he uses as a background or environment for his characters. The final decision of his career brought joy to many people all over the world. In the end, there are much more fairly good architects than brilliant cartoonists.