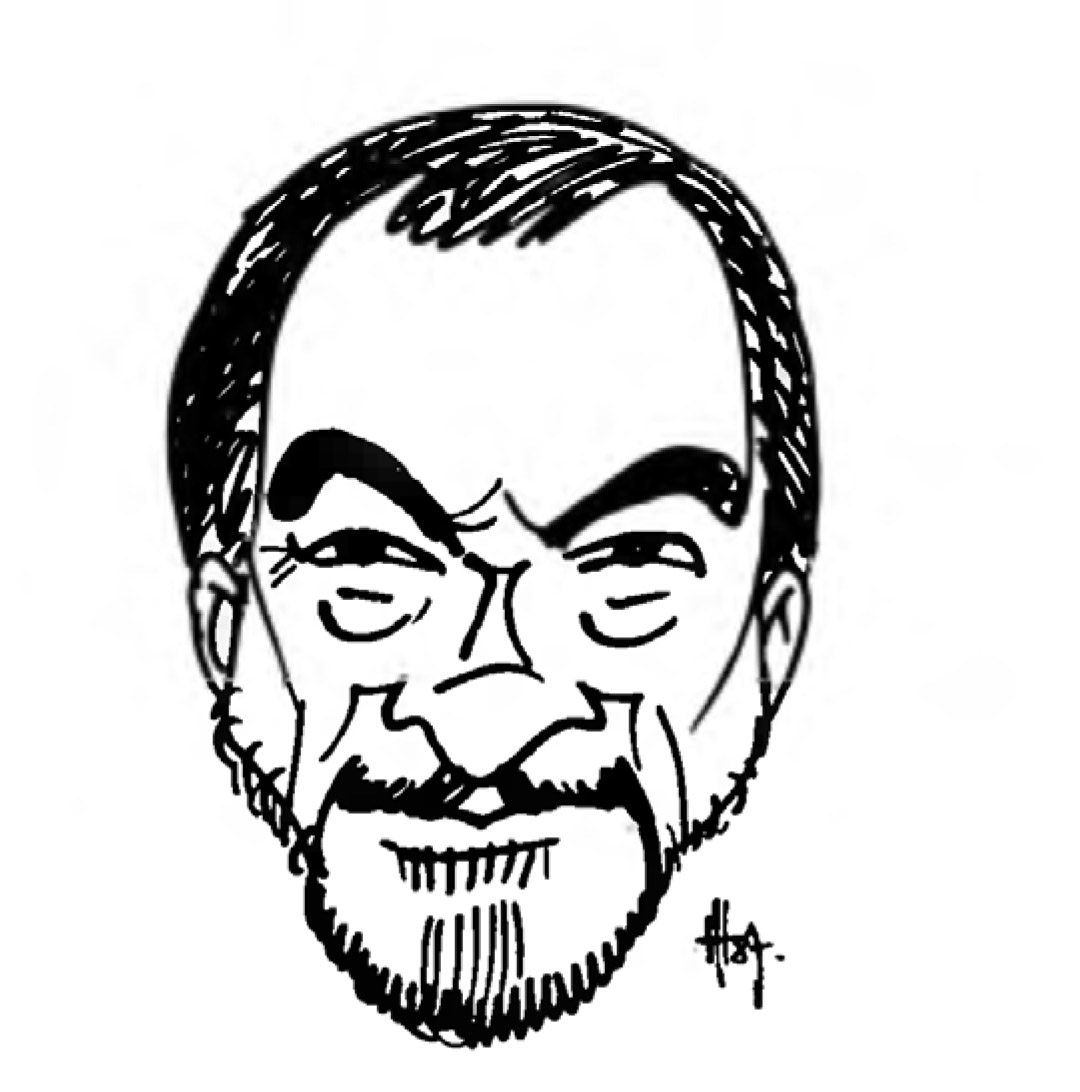 His first cartoons were published in 1964 in “Picker” and in a famous newspapers “Sportdalecht”, “Sirp I Vasar”, “Noorte Häel” and others. His works were published in many collections,  including “And Laughter and “Sin”, “Beauty salon”, “Handicap”, in the catalogs of the exhibitions “Do not joke about winners!”, exhibitions of the Baltic caricature (Tallinn, 1976, Vilnius, 1981) and the exhibition “What’s so funny?” (Tallinn, 1982), in the album “Sixteen Authors”, etc. Together with the cartoonist T. Kallem he published a collection “What a wonderful place!”. He participated in exhibitions of caricatures in Riga, Vilnius, Odessa and Lvov, at international exhibitions in Moscow, Leningrad, Berlin, Skopje, Ljubljana, Belgrade, Tokyo, Ascona, Tolentino, Marostica, Gabrovo, Awards: prize in Skopje (1974), prize “Golden Ball” in Moscow (1975), second prize in Skopje (1976), prize at the exhibition of the Baltic caricature (1976), prize in Tokyo (1980).