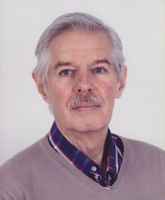 He was born on July 19, 1944 in Kiev.
He graduated from the Kiev State University as a physicist in 1969.
He worked at the Institute of Metal Physics of the Academy of Sciences of the Ukrainian SSR, further in the Autonomous University of Madrid, Spain, and in the University of Porto, Portugal (professor).
The first caricature was published in 1959 in the newspaper “Soviet Sport”, Moscow.
Published in the newspaper “Radyansky Sport” and the magazine “Perets” (Kiev) in 1960-1963.
Held a solo exhibition, in Porto, in 2010 and published a catalog of this exhibition.
He is the author of more than 150 scientific articles on physics.
From the early 1960s he paints cartoons only for himself and his friends.