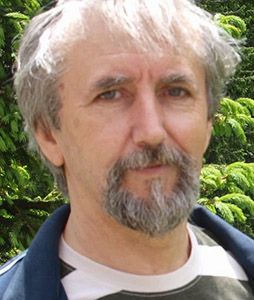 He was born on April 14, 1948 in Giurgiu. He graduated from the architectural college. He worked as a technician-architect in Ploiesti.
His first work was published in 1973.
The owner of five republican and two foreign prizes (in Tokyo and in Ancona).
In 1984, the first solo exhibition was held.

A series of Masters of the cartoons of socialist countries, 1986