Virgil Franklin Partch, better known as VIP, has a unique slant to his cartoons and a style that’s instantly recognizable. Born in Alaska in 1916, he studied at the University of Arizona in Tucson and the Chouinard Art Institute in California. He says, “I rather prided myself in my anatomical studies while in school. Such academicians as Rico LeBrun smiled on me and patted my hair for my ability at putting the old muscles and bones together.” His spaghetti-limbed cartoon characters don’t seem to have benefited from that part of his schooling.
Six months into his Chouinard studies he landed a job at the Walt Disney studios in the “extracurricular Art Department”, whatever that was. He was there for four years.
He participated in the 1941 Disney studio strike and soon found himself living on unemployment insurance and submitting sample cartoons to the magazines like The Saturday Evening Post, Collier’s, and others. In 1942 he sold one to Collier’s and never looked back. I love the first paragraph of Kyle Crichton’s introduction to the first collection of his Collier’s cartoons. In 1944’s It’s Hot in Here, he says:
“The trouble with being Virgil Partch is that somebody immediately starts yammering about Dore, Daumier and George Grosz. This doesn’t help Partch at all and is probably of very little use to Dore. The chances are that neither would have had either in the house during their respective historical periods. With all his faults, Dore was not crazy.”
Not to imply that VIP is crazy, but he has a warped and wicked sense of humor that sometimes requires a second look at his cartoon to spot the sardonic twist to the gag. One of his sillier signature traits is drawing lots of extra fingers on the hands (see right). He claimed, in 1944, that “I draw a stock hand when it is doing something, such as pointing, but when the hand is hanging by some guy’s side, those old fingers go in by the dozens.” He goes on to say that since he had to draw three-fingered types for Disney, he was just making up for that anatomical crime.
World War II provided VIP with ammunition for scads of cartoons. Mankind’s other foibles provided fodder for a series of theme books: Bottle Fatigue (1950, man and alcohol), Here We Go Again (1951, man and the aforementioned Army), The Wild, Wild Women (1951, man and you know who), Man the Beast (1953, man and his dreams – see image at left), The Dead Game Sportsmen (1954, man and the hunt), and Hanging Way Over (1955, man and the doghouse) – this last being a compilation of his Collier’s cartoons.
Water on the Brain (1945)
Crazy Cartoons (1956)
The Executive (1959)
VIP Tosses a Party (1959)
New Faces on the Barroom Floor (1961)
Cartoons Out of My Head (1964)
Relations in Strange Locations (1978)
Partch died in 1984 in an automobile accident. 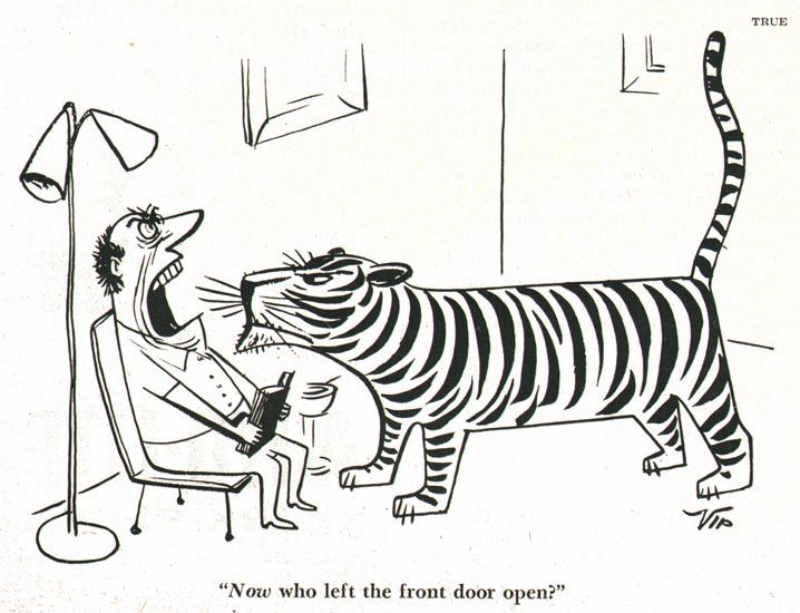 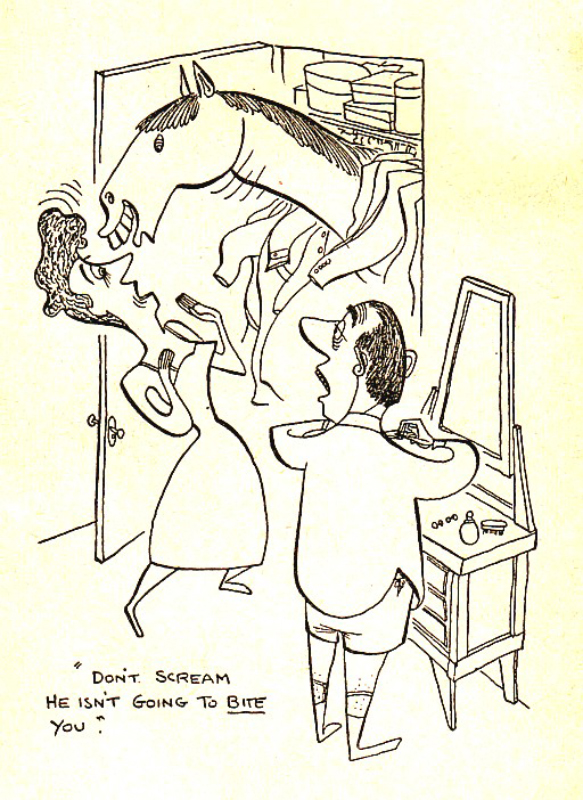 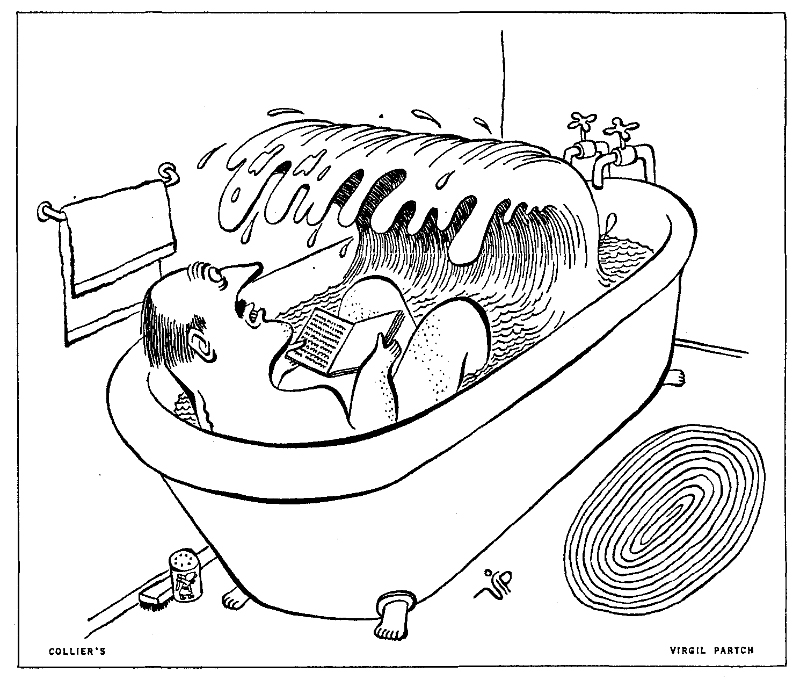