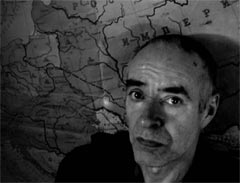 Born in 1948 in Helsinki.
Leading Finnish political cartoonist. Frequent guest of Russia. He released a comic book called Russia. The book’s exit coincided with the exhibition of a cartoonist in the St. Petersburg gallery Borey.
His first drawings were devoted to the Hungarian Uprising of 1956. He was then about seven years old, and I drew Hungarian hero rebels.
He studied at the University of Helsinki at the Faculty of Applied Arts. First a year in the specialization of “interior design”, and then – “applied art”.
After graduation, he drew pictures, advertisements, illustrations, posters for Finnish TV companies. Before the advent of computers such work was very in demand.