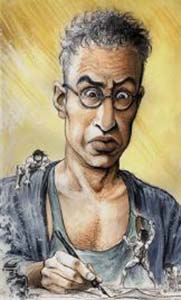 Born in Anatolia in 1962.
He published his first cartoon in the local political newspaper in 1978.
In subsequent years, he published his work in a variety of comic magazines and newspapers, as well as made illustrations for children’s books, creating greeting cards.
After moving to USA in 1989, he worked as a graphic designer and textile designer in the United States. His first comics were published in the «WORLD WAR 3 Illustrated».
His creation CAVEMAN appeared in HEAVY METAL in 1993. In 1997 CAVEMAN stories are collected as a graphic novel by NBM. His collaboration with writers Joel Rose and Amos Poe produced the mystery book LA PACiAFICA (282 pages) for Paradox/DC Comics in 1994.
He has published himself 4 Caveman comic books. A hard cover graphic novel (as if has been picked as “a book of month” by Fnac in France) has been published by French publisher. 21 PRODUCTIONS Cavern an comic book also released in Spain in 2001 by DUDE Comics., In Turkey, CAVEMAN series has been published in several major newspapers such as Yeni Ymyif and RADIKAL. Lately he is modifying CAVEMAN to very humorist cartoon style called CAVEMAN Returns. He well as still working on animated shorts.
His erotic books have been published by EROS COMIX. He also produced erotic drawings for several magazines in U.S (Screw, Hustler etc,) and Europe (Penthouse Comix in Spain, Blue in Italy etc.)
His drawings have been used in Fashion and Textile market (mostly on Men’s Boxer Shorts) for many years.
He created a new project for kids comics and animation called JUNKiDZ -Ail his Caveman work have started to publish in Holland by Libripress Publishing House.
Also from now on Caveman strips can be seen in Guangzhou Daily newspaper in China. 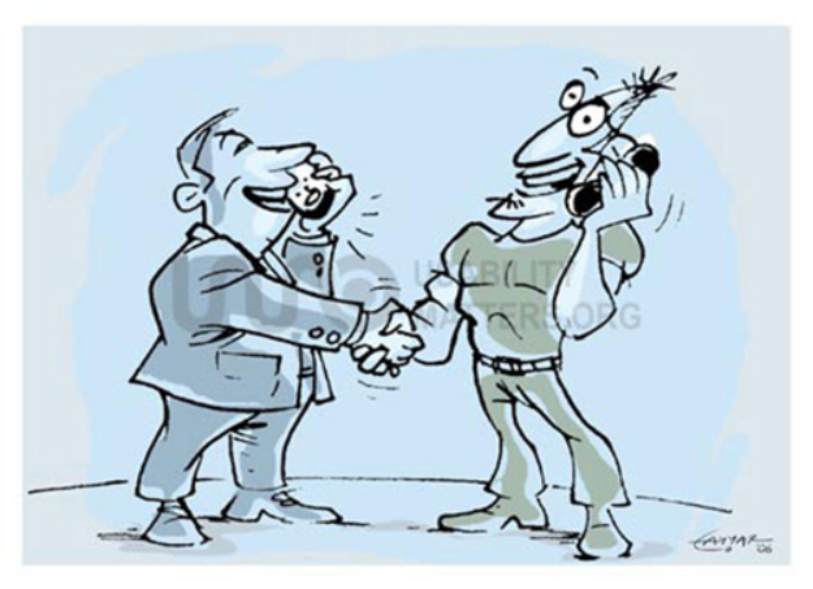 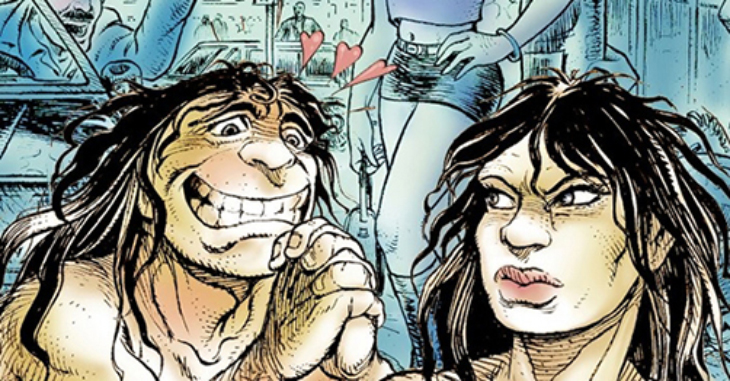