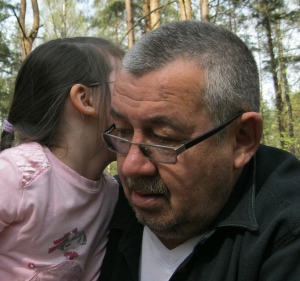 He was born on January 13, 1959.
He graduated from the Udmurt State University (art and graphic faculty) in Izhevsk.
Served in the army in Kurgan.
He studied at the Moscow Polygraphic Institute.
Since 1982 he worked as an artist in the publishing house “Udmurtia” (Izhevsk).
Participant of youth exhibitions.
Since 1986, he worked in the newspaper Komsomolets of Udmurtia, where he published the first cartoons. Collaborated with the weekly Sobesednik, magazine Chayan.
Since 1989, he organized the advertising and information magazine “Premiere”, where he worked as editor-in-chief until 1996.
Since 1996 he was engaged in publishing.
In 2002 he organized the Nizhegorodsky humorous almanac “Zashibis” and worked there as an editor and artist.
In 2004 he moved to St. Petersburg.
Illustrator of children’s publishing houses.
In 2012, he held a solo exhibition of the cartoon “Familiar faces!” in the Press Club “Green Lamp”.
Collaborates with the publishing house Astrel-S-Pb.