Was born in 1955 in Ural. He is a well known cartoonist and journalist whose 5000 cartoons were published in many newspapers and magazines since 1980. He won numerous awards in national competitions/ Some of these awards are:
– The First Prize in Ovjedo (Spain) in 1988
– The First Prize in Angel (Belgium) in 1989
– The Golden Palm in Bordighera (Italy) in 1989
– The Second Prize in the IXth Hurriyet International Cartoon Competition (Turkey) in 1991
The artist lives in Vyborg and works free-lance. 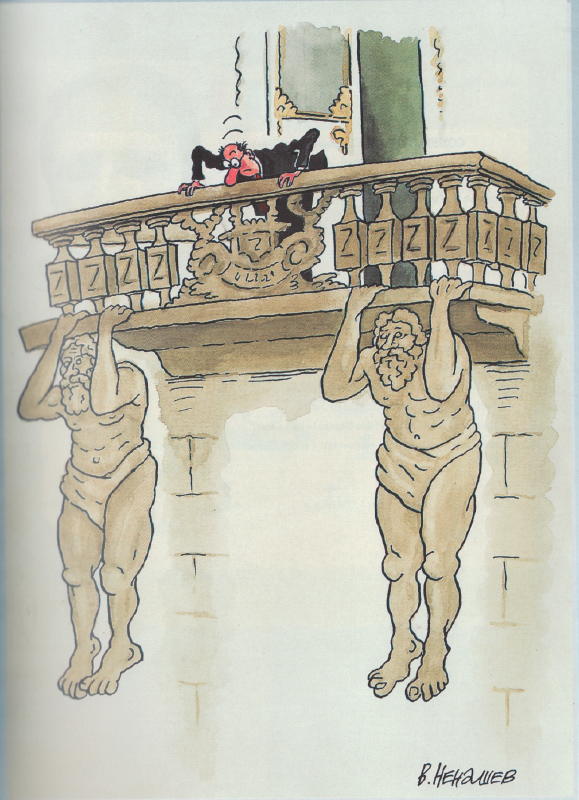