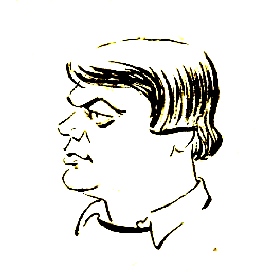 The Cartoonist of the magazine “Chayan”.
Nasyrov was educated as a decorator and before coming to Moscow in 1976 he worked on performances in Kazan, Minsk, Chisinau. He also studied easel painting.
He was invited to Moscow by the magazine “Crocodile”, where Nasyrov began to work in the genre of cartoons.
Also at one time was the main artist of the “Young Naturalist”, who made him reconsider his attitude to animals.
Later he cooperated with the publishing house OLMA Media Group, which publishes the book series “Cats Warriors”. Illustrated both books of cycles and special editions, as well as colored and colorful guidebooks.
Also he was an illustrator of the trilogy “War of Witches” by Maite Carranza, a series of Michael Ford’s “Spartan” and other children’s books.