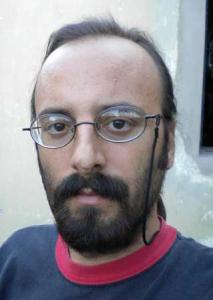 Live in Salsipuedes, Córdoba, Argentina.
Born in Azul, Buenos Aires, Argentina, on the 12th of August 1974.
Worked as an illustrator for various media such as Caras y Caretas, Alfil Daily.
He is a teacher in private and state schools in the area of visual arts.

He got international awards: