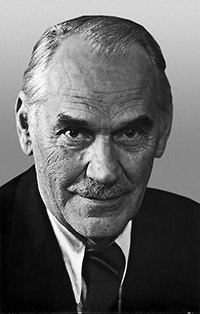 Was born on February 25, 1879, in the village of Paltsevo, Kursk Province, Russian Empire. The artist’s father was a nobleman, his mother was born of peasants.

Since 1892, he lived in Saint Petersburg. In 1895-1901 Alexander Lubimov studied in Central School of Technical Drawing (now known as Saint Petersburg State Art and Industry Academy named after Alexander von Stieglitz), then in the Drawing School of the Imperial Society for the Encouragement of the Arts.

Since 1901 Alexander Lubimov worked as an extern at the Higher School of Arts at the Imperial Academy of Fine Arts in the studio of Ilya Repin, later of Pavel Chistyakov. After graduation in 1909, Alexander Lubimov went to city of Kharkov, Ukraine, where by recommendation of Ilya Repin he headed in the years 1912-1919 Kharkov Art College, where his student was Alexander Deyneka.

Since 1900, Alexander Lubimov has participated in Art Exhibitions. He painted portraits, genre paintings, landscapes, sketches from the life. Alexander Lubimov worked as painter, graphic artist, illustrator, and satirical black-and-white artist. His personal exhibitions were in 1949 in Leningrad, and in 1998 in Saint Petersburg.

In 1927, Alexander Lubimov returned to Leningrad. From 1934 to 1941 by invitation of Isaak Brodsky he teaches at the Leningrad Institute of Painting, Sculpture and Architecture, managed jointly with Isaak Brodsky individual workshop and graduate students. He was professor of painting since 1939. His students were well-known Russian painters Alexander Laktionov, Yuri Neprintsev, Alexander Gritzay, Piotr Belousov, Nikolai Timkov, Mikhail Kozell, Alexei Mozhaev, and others.

In 1949–1955 years Alexander Lubimov taught in the Higher School of Art and Industry named after Vera Mukhina as professor of painting.

Alexander Lubimov was a member of the Leningrad Union of Artists since 1932.

Alexander Mikhailovich Lubimov died in Leningrad in 1955. Paintings by Alexander Lubimov are in State Russian Museum, State Tretyakov Gallery, in Art museums and private collections in the Russia, France, the U.S., Italy, England, and others.