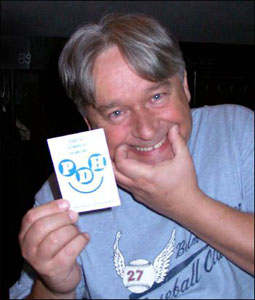 The biggest collection of his works can be found in the Museum of the Contemporary History in Paris. Luczynski lives and works in Pabianice. He is a graphic designer in a newspaper. He co-operates with every magazine in Poland.

Luczyński is the first Polish cartoonist who has won 100 awards in different cartoon competitions.