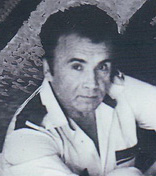 Was born on February 23, 1931 in Moscow.
His father was a workshop master at the First State Bearing Plant. Mom was a dressmaker.
He graduated from the Art School, the faculty of graphics.
Worked in the Moscow Art Fund.
Contributed to the newspapers “Evening Moscow”, “TV Park”, magazines “Theater”, “Finnish magazine”, “Crocodile”, “Soviet Woman”.
The first cartoon was published in the newspaper “Evening Moscow” in 1972.
Held three solo exhibitions in the Central House of Culture, the Palace of Culture of the PPZ (Bearing Plant) – and the DC ZIL.
In 1993 he published a book with his cartoons “What People” and, taking the opportunity to do it himself, he presented a copy to Sophia Loren, Pierre Richard, Gerard Depardieu and Soviet celebrities Leonid Filatov, Yuri Nikulin, Roman Kartsev, Clara Novikova and many others.
He added epigrams writen by himself to his caricatures.
Created in the technique of engraving (linocut). Also he painted oil landscapes, but all of them are lost. Created illustrations, posters.
The book of his own stories and epigrams is prepared to be printed.
Three times was the winner of the award of the magazine “Crocodile”. And one  – of the magazine “Soviet Woman”. 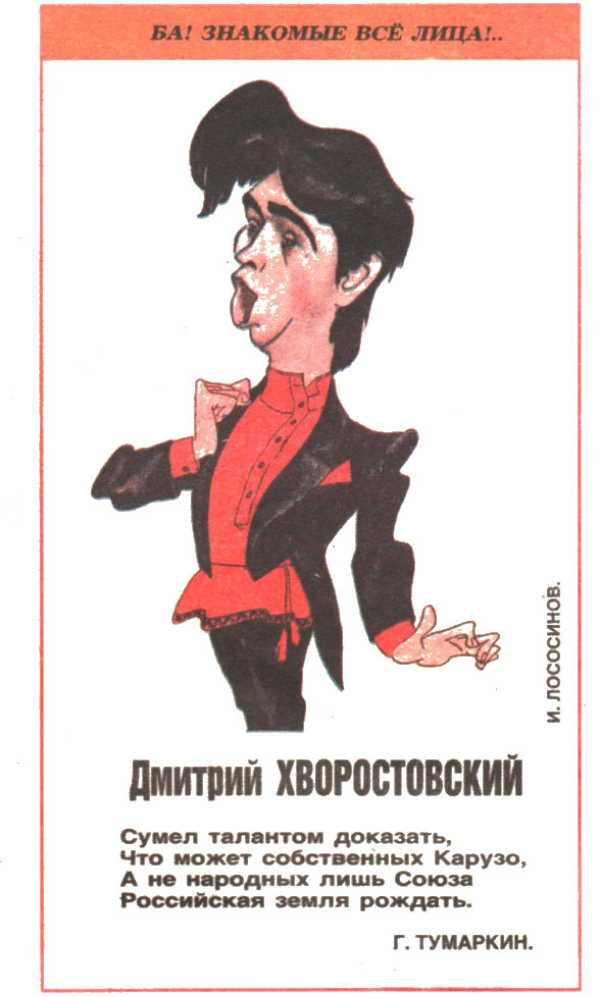 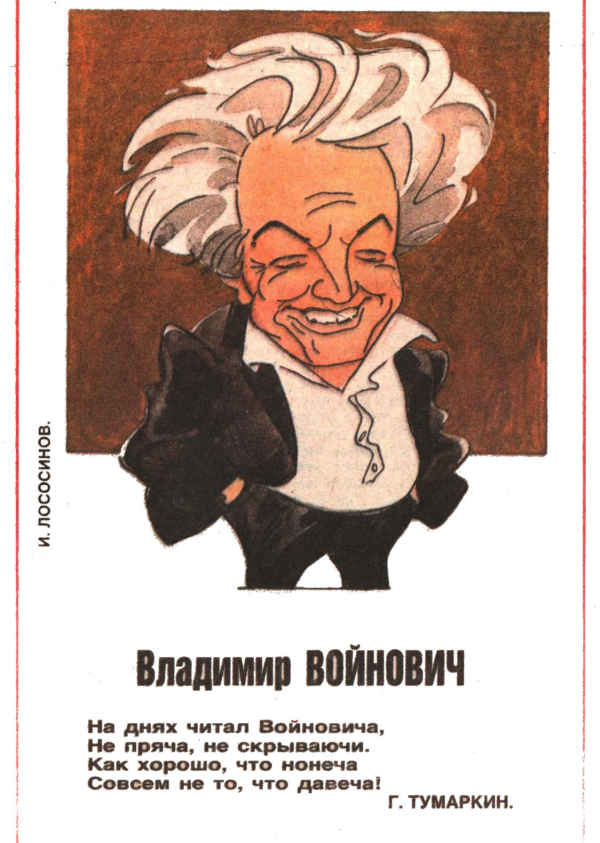