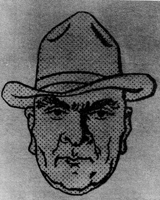 Published his first cartoon at the age of 14 years in the magazine ¨Niangi¨ as a winner of the cartoon competition.
Since then, throughout all his life, has contributed this magazine.
In 1969 took part in the first international exhibition “Satire in the Struggle for Peace” and was awarded with the gold medal of the Soviet Peace Committee “The Fighter for Peace”.
His cartoons have been printed in all the republican newspapers, as well as the central media: “Pravda”, “Krasnaya Zvezda”, “Crocodile”. They have been seen and appreciated in Mexico, Cuba, Nicaragua, the Dominican Republic, Panama and other countries.