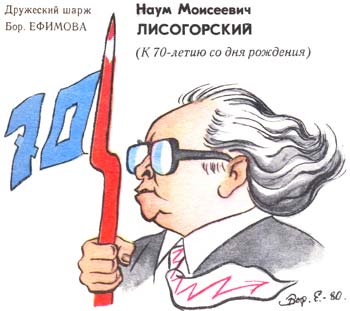 Graduated from art school in Odessa as a painter.
In 1927 began his work in the Ukrainian press, and after moving to Moscow regularly contributed to “Evening Moscow” and “Labor”.
In 1929 his drawing was published in the “Crocodile” for the first time, and this date he considered to be his birthday as a cartoonist.
Worked in the newspaper of the 7th Guards Army “For the Motherland”, and later in the newspaper of the 2nd Ukrainian Front “Suvorov onslaught”.
For about half of a century has been contributing to the “Crocodile”. Hundreds of his drawings were printed on its pages.