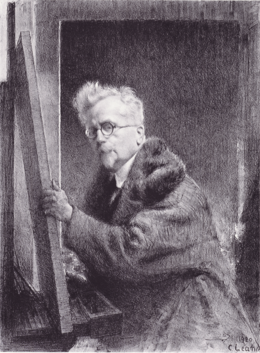 Born 22 July 1862. French caricaturist and painter, was born at Champsecret (Orne), and studied painting under Émile Bin and Alexandre Cabanel.

From 1887 he figured among the exhibitors of the Salon, where he showed numerous portraits and genre pictures, but his popular fame is due to his comic drawings and caricatures. The series of the “Gotha des souverains,” published in Le Rire, and Leandre’s other work like that seen in L’Assiette au Beurre placed him in the front rank of modern caricaturists.

Besides his contributions to Le Rire, Le Figaro and other comic journals, he published a series of albums: Nocturnes, Le Musee des souverains, and Paris el la provénce. In 1904, he created the Société des Peintres Humoristes.

He was created a knight of the Legion of Honour. In 1921, he got the Medal of Honour of the Société des artistes français, in the engraving section, one of the more important honorary awards an artist could obtain in Paris. In 1925, Charles Léandre was promoted an Officer of the Legion of Honour. He died in 1934 in his Caulaincourt street studio, in Montmartre… 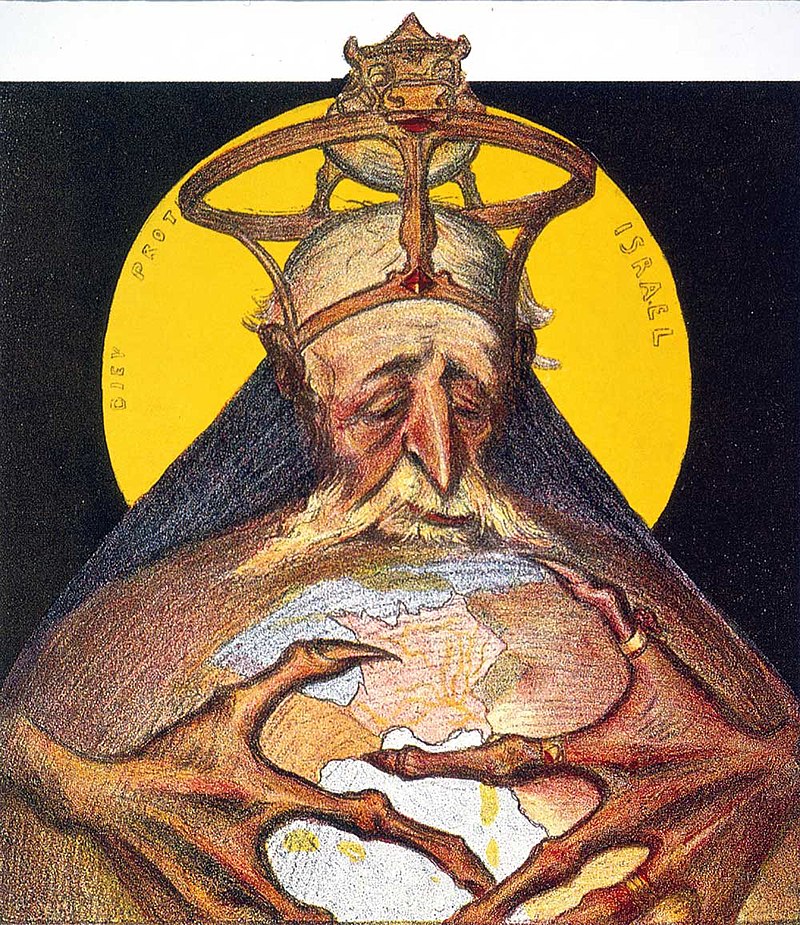 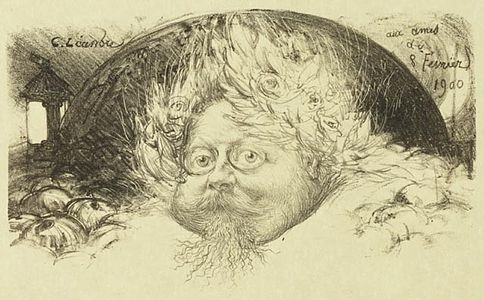