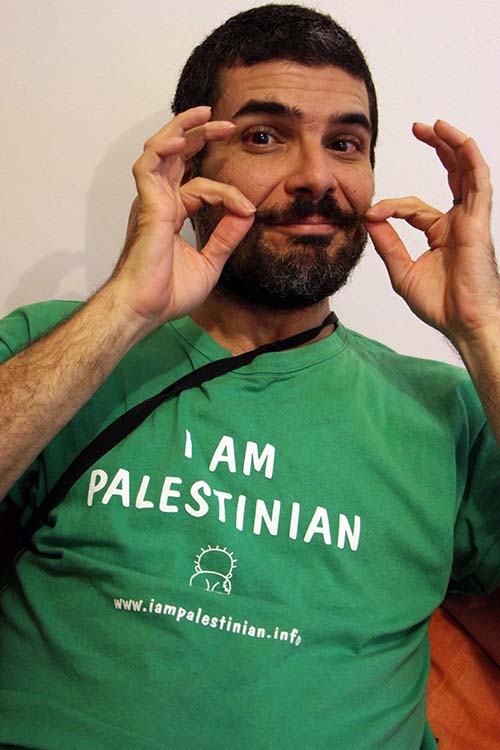 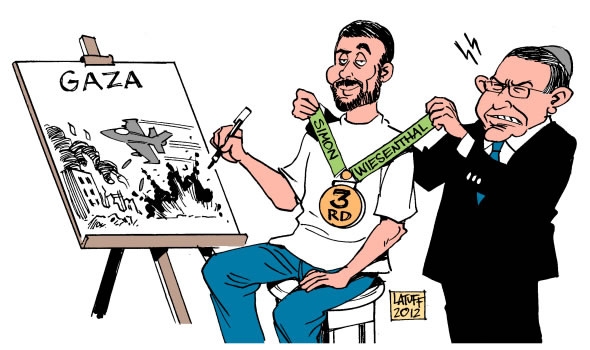 Carlos Latuff Born November 30, 1968, in Rio de Janeiro. He is a Brazilian freelance political cartoonist. His works deal with an array of themes, including anti-Zionism, anti-globalization, anti-capitalism, and anti-U.S. military intervention. He is best known for his images depicting the Israeli–Palestinian conflict and the Arab Spring events.

Some of Latuff’s cartoons comparing Israel to Nazism have been accused of being antisemitic by the Simon Wiesenthal Center and some authors. Latuff has dismissed the charges of antisemitism as “a strategy for discrediting criticism of Israel.” while book reviewer Eddie Portnoy in The Forward has stated that while his message is “furiously critical” of Israel, it is not anti-Semitic.

Latuff started as a cartoonist for leftist publications in Brazil. After watching a 1997 documentary about the Zapatistas in Mexico, he sent a couple of cartoons to them, which received a positive response. He stated that after this experience, he decided to start a website and engage in “artistic activism”. Graham Fowell, ex-chairman of the Cartoonists’ Club of Great Britain, compares his work to Banksy, an English-based graffiti artist, political activist and film director.

Latuff has been arrested three times in Brazil for his cartoons about the Brazilian police, in which he criticized police brutality.

In 2011, Latuff was contacted by activists in Egypt. Latuff stated that he was encouraged when he saw some of his cartoons depicted in the January 25 Egyptian protests, a couple of days after he made them. According to Reuters, this helped him become “a hero of the tumultuous Arab Spring with rapid-fire satirical sketches”.

Latuff’s works have been posted mostly by himself on Indymedia websites and private blogs. He is a weekly cartoonist for The Globe Post and some of his cartoons have been picked up and featured in magazines such as the Brazilian edition of Mad, Le Monde Diplomatique and The Toronto Star. In addition, a few of his works were published on Arab websites and publications such as the Islamic Front for the Iraqi Resistance (JAMI) magazine, the Saudi magazine Character, the Lebanese newspaper Al Akhbar, among others.Additionally, Latuff also contributes to several Middle Eastern newspapers, including Alquds Alarabi, Huna Sotak and the Islamophobia Research and Documentation Project – IRDP. 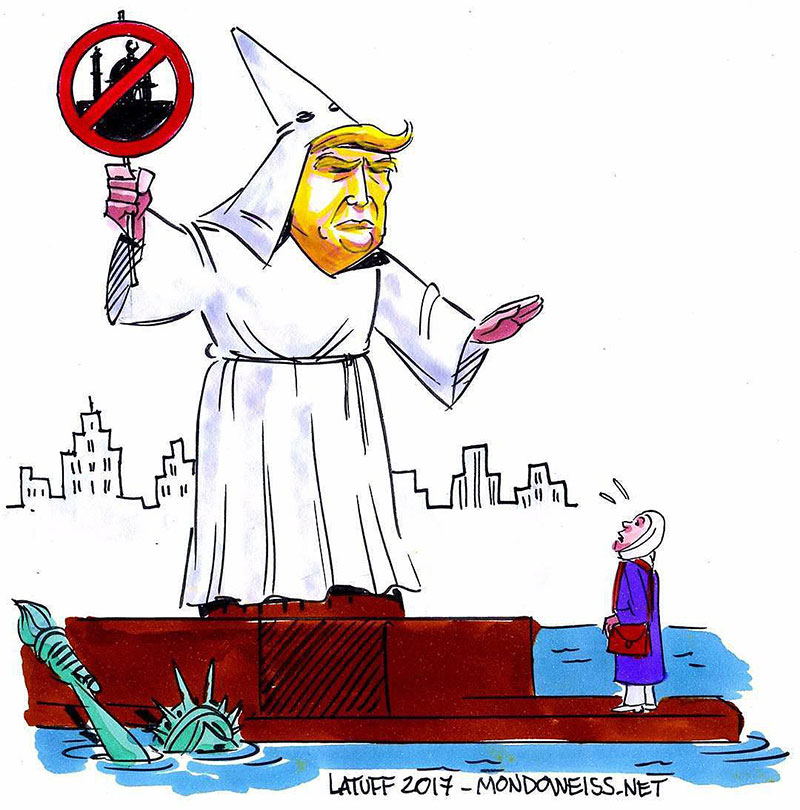 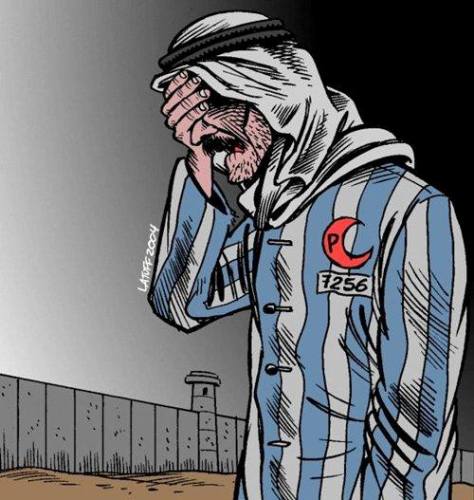