LE LOUARN, YVAN (1915-1968) French cartoonist, engraver, illustrator and animated cartoon director born in Bordeaux, France, on February 10, 1915. After studies at the Bordeaux Ecole des Beaux-Arts, Yvan Le Louarn settled in Paris, where he began a cartooning career under the pen name “Chaval”. His drawings have appeared in many magazines (e. g.. Punch, Paris-Match, Le Rire) and since 1946 especially in Le Figaro and Le Figaro Litteraire.

Most of his cartoons have been published in albums: 99 Dessins sans Paroles (“99 Drawings Without Words,” 1955). C’est la Vie: The Best Cartoons of Chaval (1957). Les Gros Chiens (“Big Dogs,” 1У62), L’Homme (“Man,” 1970). etc. In addition, Chaval has illustrated numerous books, including Niet2sche’s Beyond Cood and Evil (1955). Swift’s Directions to Servants and Flaubert’s Dictionary of Accepted Ideas (1958), and directed several animated cartoons, one of which, Les Oiseaux Sont des Cons (“Birds Are Assholes”), won the Emile Cohl Prize in 1965.

Chaval’s drawings reveal a certain influence from some of the early 20th century French cartoonists and from the American Peter Arnо, but his style and themes are all his own. Master of the pun and the aphorism, Chaval shows us a world that is both strange and ambiguous, halfway between fear and comedy, as in his series A Chacun Son Jouet (“To Each His Toy”), where we see a bullfighter pulling a toy bull on wheels, an African explorer with a globe, a Russian officer with an ICBM on which a dog is relieving himself. His figures all have rather stupid, cowlike faces and a perplexed look, as if they were not sure who and what they are. They are drawn in very thick and very black charcoal lines, as though to stress the ineradicableness both of their blank stupidity and of the sheer absurdity of the world.
No longer able to bear life’s petty demands and disillusionments, Chaval committed suicide on January 22, 1968. 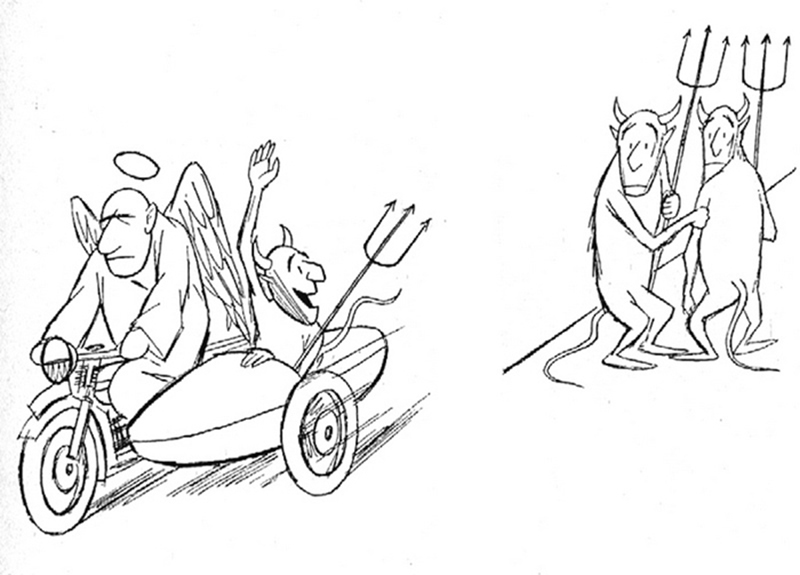 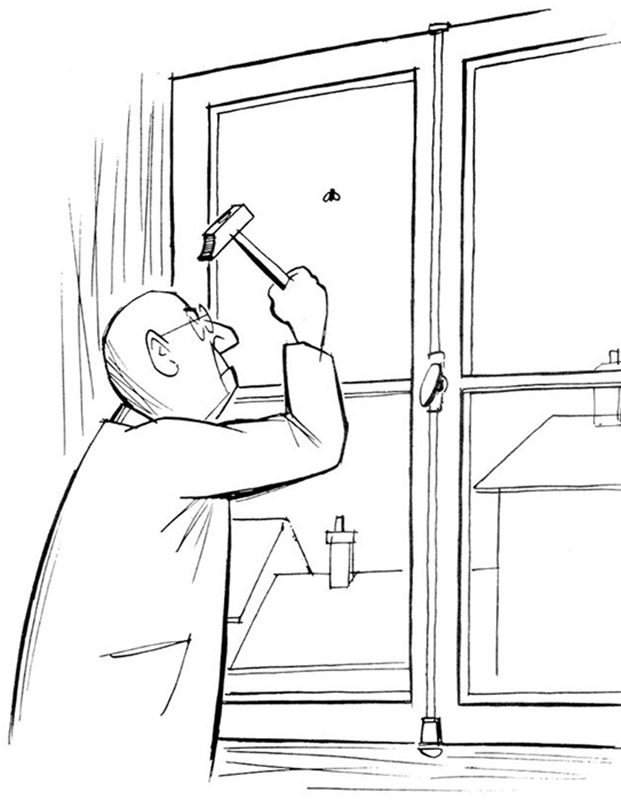