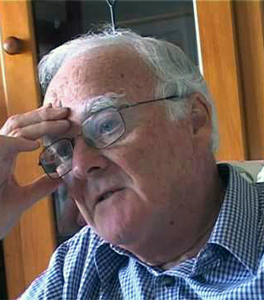 After studying at St. Virgil’s College in Hobart, Hook began working as a cadet press artist for the Hobart Mercury and completed a graphic art course at Hobart Technical College (now the Tasmanian School of Art, Faculty of the University of Tasmania), which included fine art training under the guidance of Jack Carington Smith, Margaret Chandler, Harry Bucky and Edith Holmes.

Hook first gained international recognition in 1967 for his cartoon about the end of the Six-Day War, The Three Wise Men, which was widely reprinted outside Australia, including in The Times.

Hook left the daily Herald Sun newspaper in early 1993, but continued to work as a freelancer, doing regular editorial cartoons for the Sunday Herald Sun, devoting his time mainly to drawing. This lasted until 2000, when he practically stopped drawing cartoons after holding his first exhibition at the gallery of the Australian Guild of Realist Artists (AGRA) and devoted himself entirely to drawing. Since then, Hook has exhibited extensively at regional art exhibitions and galleries in Australia, and in 2005 held a second exhibition at the AGRA Gallery.

During his career, Hook created many cartoons and illustrations for newspapers, magazines and 46 books, including two children’s books “Honkerzoid Harry” and “Planet Gonkerzoidov”, written by one of his sons, Brendan, and his own children’s book. Jamie the Jumbo Jet, which was first published in the mid-1970s and republished in 1998.