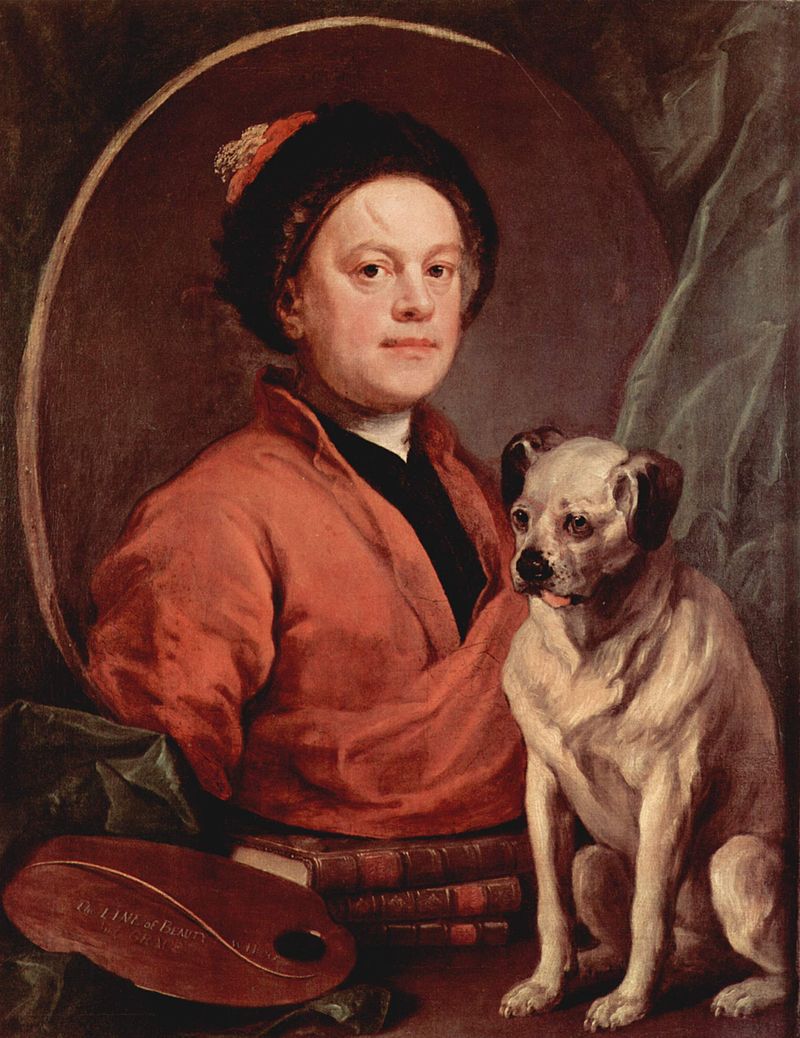 William Hogarth was born on November 10, 1697 in one of the London boroughs of Bartholomew Close in the family of a poor Latin teacher Richard Hogarth and Anna Gibbons and was the first surviving child of the couple. Poverty forced Hogarth’s father to take up proofreading Latin texts for publishers.

William showed extraordinary drawing abilities from early childhood, was very observant and had an excellent memory for details. In elementary school, he studied reluctantly, mostly spending time drawing. As a child, William was forced to sell folk remedies prepared by his mother, because his father’s idea to found a cafe where visitors could communicate exclusively in Latin failed. My father was sent to the London debtors’ Fleet Prison for five years. Therefore, Hogarth was able to start studying much later than his peers.

In 1713, Hogarth, without graduating from elementary school, became an apprentice with the silver engraver Ellis Gamble, where he acquired the skills of engraving, working with metal and got acquainted with the Rococo style. In 1718, William’s father died, and he, being the eldest child in the family, was forced to support his mother and two sisters, taking on small orders. He made commercial business cards, small coats of arms and other small items. Such work did not bring Hogarth pleasure, he considered it stupid and boring, because he had a craving for high art. First of all, he was interested in graphics. Therefore, he soon began taking painting lessons at one of London’s private art academies, which was founded by Louis Cheron and John Vanderbank. Hogarth also did a lot of self-education.

In 1720, he opened his own small engraving workshop. His first independent works were graphic satires about the collapse of the shares of the South Sea Company (The South Sea Scheme, circa 1721), satires on masquerades and operas (Masquerades and Operas, 1724) and on the theatrical life of London (A Just View of the British Stage, 1724).

Hogarth abandoned the academy, and from 1724 began to attend the school of painting and drawing, founded in the house of the court artist James Thornhill, famous for his paintings in London’s St. Paul’s Cathedral. In 1720-1730 Hogarth mastered the art of book illustration. In 1726, he illustrated the anti-Puritan adventure poem “Khadibras” by Samuel Butler. Hogarth’s first painting appeared in 1728, it was a canvas based on the plot of John Gay’s popular play “The Beggar’s Opera” at that time.

In 1730-1731 Hogarth executed a series of six paintings, called “The Career of a Prostitute”. The engraving prints of the series, printed in 1732, enjoyed great success. It is unknown whether his model, painted on a series of paintings, was fictional or real. In these paintings, the artist depicted a brightly made-up young woman. The tragic fate of a man forced to work in such an unpresentable profession shines through the whitewash, blush and lipstick. At that time, a visitor to a brothel could get any woman by paying only a shilling.

The next series of engravings — “Mota’s Career” — was published in 1735, and in 1745 the cycle “Fashionable Marriage” appeared. Other series followed, among them — “Diligence and laziness” (1747), “The Four Stages of Cruelty” (1751) and “Elections” (4 engravings, 1755-1758). Hogarth also executed many individual engravings, several portraits and a number of historical paintings. In 1753, his treatise “Analysis of Beauty” was published. In 1757, George II appointed Hogarth chief painter; in this position he succeeded James Thornhill. In 1764, the artist released his last engraving, “The End, or the Abyss.” In the mid-1750s, almost any English shop or bookstore could buy engravings by William Hogarth. A self—portrait told about him better than any biographers, the composition of which is unusual – it is a “picture in a picture”.

Hogarth observed the lives of people of different material wealth, belonging to all strata of society; he was not only a talented portraitist, but also a moralist and satirist. In portraiture, the artist was objective and straightforward, which is clearly visible in “Portrait of Captain T. Korem” (1740, London, Korem Orphanage) and “Portrait of Simon Fraser, Lord Lovett” (1746, London, National Portrait Gallery). Humor plays an important role in Hogarth’s art. So, in two famous engravings of 1751, he contrasted the terrible consequences awaiting those who abuse cheap gin “Gin Lane” with the prosperity and well-being of those who prefer English beer “Beer Street”. The satirical depiction of the life of the epoch, especially in the series “Fashionable Marriage” and “Elections”, puts him on a par with the great satirical novelists of the XVIII century.

In 1743-1745, William Hogarth painted six paintings from the “Fashionable Marriage” series (London National Gallery), wittily criticizing the high society of the XVIII century. This is a warning showing the disastrous consequences of a reckless marriage of convenience.