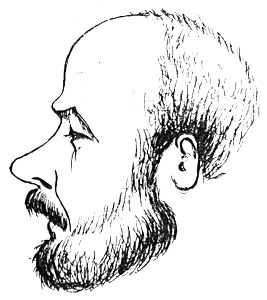 Cartoonist, cartoonist, book designer
Born on 29 June, 1959.
In 1976 he graduated from high school, in 1978 from a technical school, worked as an operator-technologist at an oil refinery. He was engaged in theater, photography, cinema, graphics, painting. 1978-80 served in the Soviet Army in the Honor Guard Company of the Odessa Military District. Before demobilization, he was the head of an amateur film studio at the House of Officers. After demobilization, he worked as a graphic designer at the Kherson electric machine plant. He graduated from the cultural education college in absentia. He worked as the head of a theater group and an amateur film studio “Synchron”. Then the artistic director and finally, the director of the club. In 1984, he returned to the refinery, majoring in operator-technologist. He continued to engage in amateur activities, was an actor, director of the variety miniature theater, drama collective, puppet studio, and in the Oktan factory film studio he drew and shot cartoons that won prizes at regional, republican and international competitions (Bulgaria 1981).
The first cartoon was published in the newspaper “Leninsky Prapor” in 1981. Since then, he has been published in more than thirty periodicals, both in Ukraine and abroad. For some time he collaborated with the Bulgarian newspapers “Ustrem”, “Radolyubie”, “Promyana”, “Vzkhod”, etc. In the 90s, he became a prize-winner of the exhibition of young cartoonists “Humanity in the XXI century”, held in Bulgaria in the city of Razgrad. In the late 80s-90s he took part in competitions held on the territory of the former USSR (Shauliai, Odessa, Moscow, Mariupol, Kaliningrad, etc.). Several personal exhibitions organized with the assistance of the regional trade union committee were dedicated to significant dates in the life of the city of Kherson and the region.
In 1992, he designed the first children’s book. Now there are more than 25 of them.
Since 1997, he began to cooperate with the independent Kherson newspaper “Hryvnia”. In 2006, he became the official artist of this periodical, which has a number of affiliated publications, such as the Saturday newspaper “SV”, “Home Newspaper”, “Pensioner for a note”, and others in which drawings, cartoons and caricatures of the artist appear. Author of articles on historical topics in the permanent ruble “At the crossroads of time” in the newspapers “Hryvnia” and “SV”. For more than twenty years he has been working on the project “Kherson- the forgotten “Yuga””, illustrating newspaper information of the pre-revolutionary period.
In the subsidiary edition of the newspaper “Hryvnia”, the All-Ukrainian children’s newspaper “Kopeikin’s cat” is a regular author of drawings, logic tasks and puzzles.
He has been engaged in genealogy of the genus for more than 30 years. The compiled tree has its roots in the XVI century and has about 600 people.
Reference: BEC (the Big Encyclopedia of Caricature), 2012