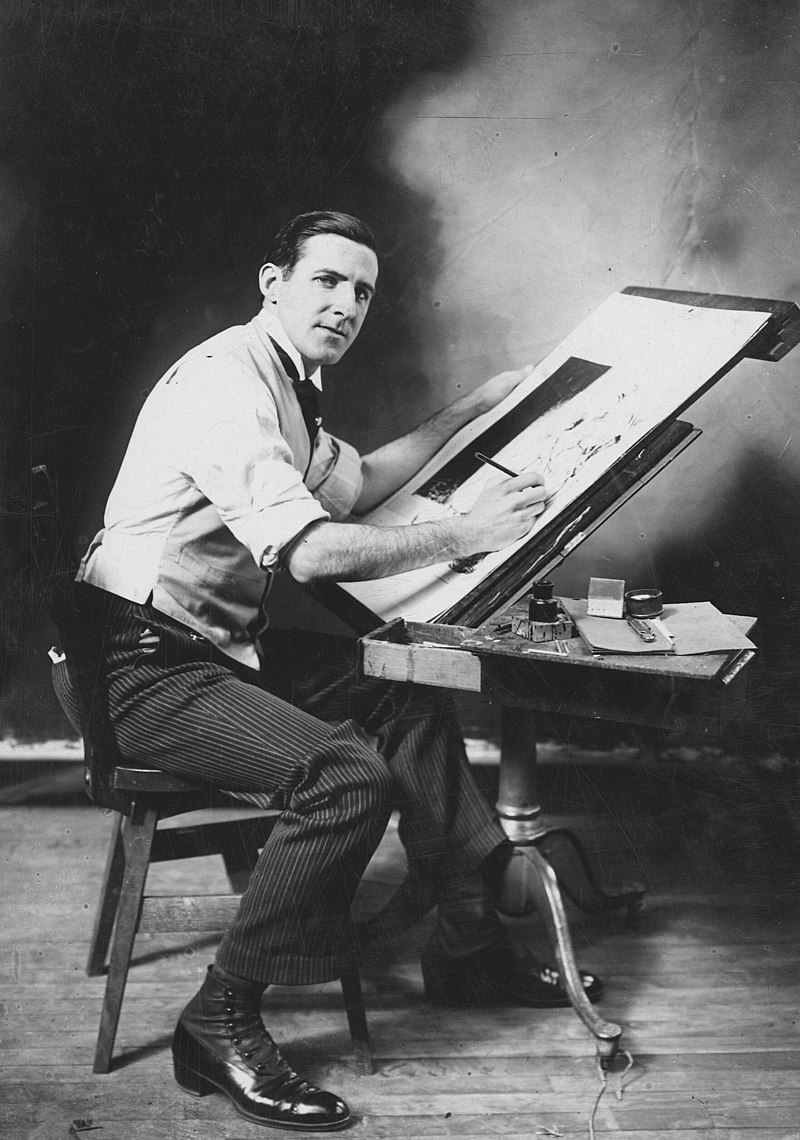 He won the annual Pulitzer Prize for Editorial Cartoons in 1927 and 1928, and as of 2020 was the only cartoonist to be awarded such an award in subsequent years.  The cartoon for which he won the Pulitzer Prize in 1927 was called The Overthrow of the Idol, in which he depicted the “passive effect of the League of Nations” in relation to the war. He used images of David and Goliath.  A specific cartoon quoted in 1928, “May his shadow never get smaller”, was a tribute to the pilot Charles Lindbergh, drawn at the end of the 1927 calendar year it was for flying across the border of Mexico and America to improve relations between the two countries.  The Christmas cartoon was published at the very end of 1927 and in 1928 was eligible for the Pulitzer Prize.

Harding was born in New York City. His work was often politically conservative by the standards of the time. He took a leading role in countering what some New Yorkers considered a threat from Bolshevism in the late 1910s, during the so-called First Red Panic. In his cartoons , political radicals were portrayed as bomb throwers and terrorists .

As a child, Harding attended Greenwich Academy (now a girls’ school). He also attended the Chase School, the Art Students League of New York, and the New York School of Art for art Instruction. While at Chase’s school, he was instructed by Robert Henri, who was a master of his art.

In 1898, Harding participated in the Spanish-American War with American volunteers. He served for 13 years in Company B of the 71st Battalion of the National Guard. In 1901, he was promoted to sergeant under the command of Major J. H. Wells. Nelson Harding started working at the Brooklyn Daily Eagle in 1908, where he became a successful cartoonist.

For his cartoon, published on September 19, 1926, Harding won the Pulitzer Prize for Editorial Cartoons in 1927 for the cartoon “The Overthrow of the Idol”. [7] It depicts a group representing the League of Nations pulling a statue of Mars (mythology) off a pedestal.

Published on December 15, 1927. The winner of the 1927 Pulitzer Prize for editorial cartoons depicts the flight of Charles A. Lindbergh from New York to Paris on a single-engine plane. The religious symbol on earth with the words “Peace on earth and good will to people” was inspired by the approaching Christmas season.