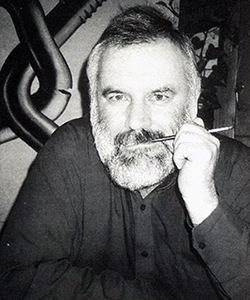 He began his studies at the Faculty of Civil Engineering at the Warsaw University of Technology, and ended in 1975 at the Faculty of Interior Design at the Academy of Fine Arts in Warsaw, with a specialty industrial design, a diploma in the studio of prof. Wroblewski.
He made his debut in the Jazz Forum in 1970. He published his drawings in national magazines (including „Szpilkach”, „Karuzeli”, „Politechniku”, „Polsce”, „Polityce”, „Najwyższym CZASIE!”, „Fonosferze” i „Tygodniku Solidarność”) and foreign (German “Pardon” and Yugoslavian ” Jeżu “). He reviewed drawings and film and theater premieres in the pages of «Filmu” и „Warszawskiego Informatora Kulturalnego”
He won first prizes for painting, including on “Fama” in Świnoujście and in “Przetarga ’70” in Gdańsk. In 1975 he won the Grand Prix of the International Competition for the Poster of the Film Festival Against Racial Discrimination in Strasbourg. Two-time winner of Bronze (1979, 1983) and Silver Szpilka (1984), the prize of the satirical weekly Szpilki. 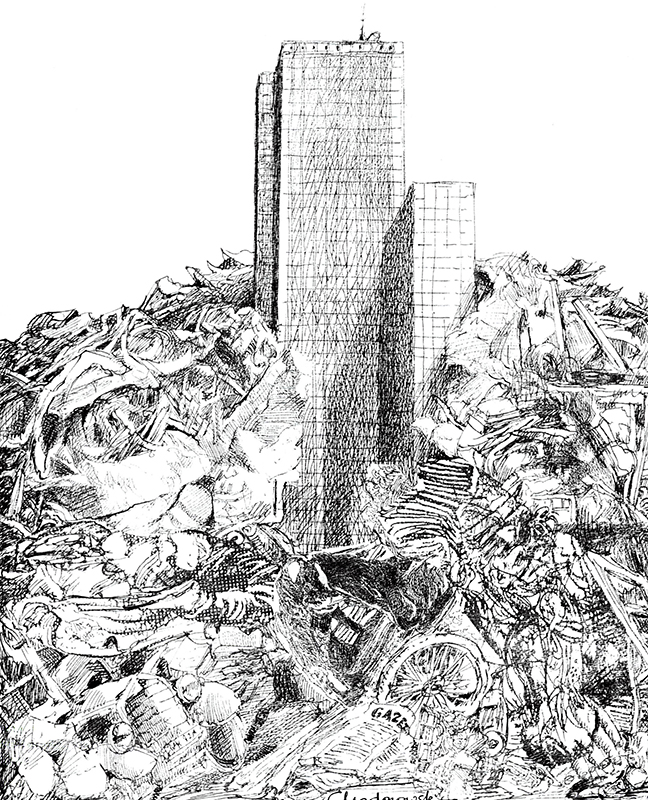