Born in Cyprus, Musa Kayra started drawing cartoons in 1979. His caricatures were published in magazines and newspapers; Yeni Düzen, Söz, Kurtuluş, Kıbrıs Postası, Akrep, Ortam, Halkın Sesi, Olay, Kıbrıs Sanat and Toplum Postası (London). He exhibited his own cartoons in Bremen (Germany) once, in Cyprus twelve times; and five times in England. His works have been displayed in International cartoon exhibitions in Turkey, Canada, Italy, Belgium, France,Holland, Cuba, Japan, Bulgaria, Yugoslavia, Czech Republic, Norway, USA, England, Germany, Scotland, Spain, Brazil, Sout Korea, Iran, Lithuania, Macedonia, Croatia, Ukraine, Israel, Poland, Portugal, Switzerland, Australia, Hungary and Colombia. His cartoons were among the works which were subsequently published in a book from. In 1973, he made a short cartoon animated film in Turkey. He published a collection called “CIZZZGICIKLAR” in 1983. Since 1989, his cartoons and photographs are being printed as cartoon-postcards. In 1986, with five other friends, he founded the Cypriot Turkish Cartoonists Association.
Musa Kayra is currently the General Secretary of Cypriot Turkish Cartoonists Association, the Assistant Secretary of the Federation for European Cartoonists Organizations (FECO) and the editor of “Akrep”, the humor-cartoon newspaper.
The artist who is also interested in posters, photography and painting was awarded the following prizes in the field of caricatures: 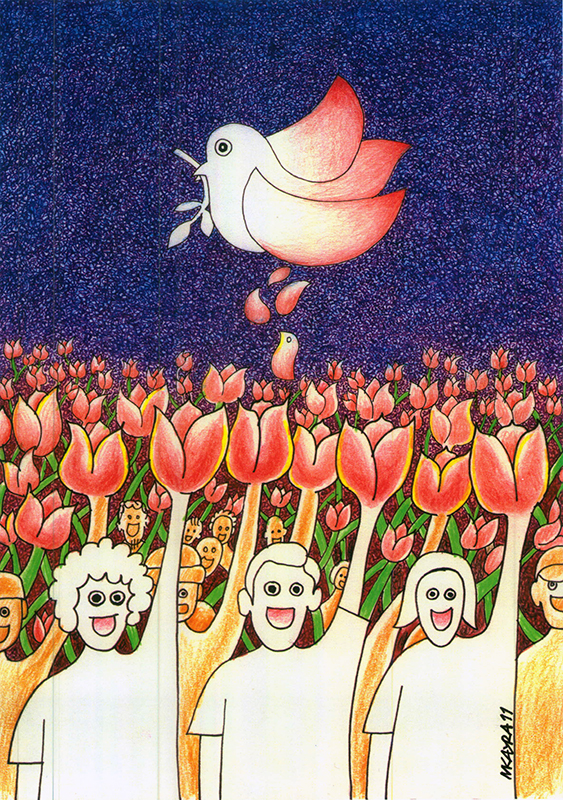 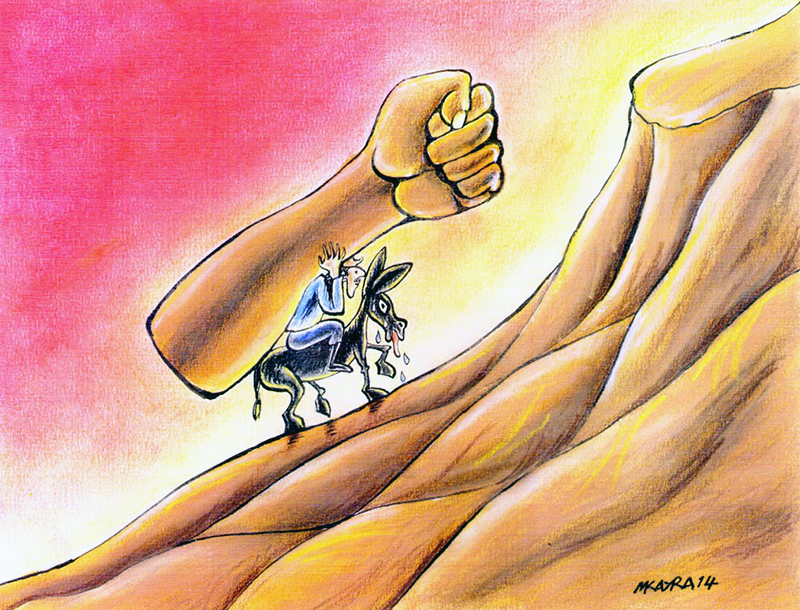