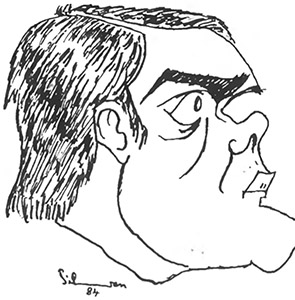 He was born in 1946 in Ayud. He has a mathematical education. Works in the field of informatics. The first cartoons published in 1966 in the magazines “Urzika” and “Vyatza Studentiaske”. In 1968 he holds the first solo exhibition. His works were exhibited in the country and abroad – in Ljubljana, Sarveve, Bordighera.