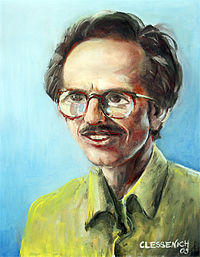 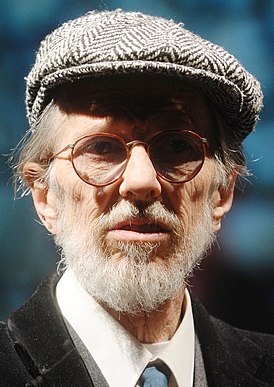 Robert Crumb was born on August 30, 1943, in Philadelphia to a Catholic household of English and Scottish ancestry. His father, Charles V. Crumb, authored the book Training People Effectively, and was a Combat Illustrator for 20 years in the United States Marine Corps.[citation needed] His mother Beatrice was a housewife who reportedly abused diet pills and amphetamines. Charles and Beatrice’s marriage was unhappy and the children were frequent witnesses to their parents’ arguments. The couple had four other children: sons Charles Junior (1942–93) and Maxon (b. 1944), both of whom suffered from mental illness; and daughters Carol (b. 1940) and Sandra (1946-1998). The family moved to Milford, Delaware, when Crumb was twelve; there he was an average student whose teachers strongly discouraged him from cartooning.

Inspired by the works of Walt Kelly, Fleischer Brothers animation, and others, Crumb and his brothers drew their own comics. Crumb’s cartooning developed as his older brother Charles pushed him and provided him with constant critical feedback on his work. In 1958 the brothers self-published three issues of Foo in imitation of Harvey Kurtzman’s satirical Humbug and Mad. They sold them door-to-door with little success, souring the young Crumb on the comic-book business. At fifteen, Crumb became obsessed with collecting jazz and blues records from the 1920s to the 1940s. At age 16, he abandoned the Catholic faith.

Crumb’s father gave him $40 when he left home after high school. His first job, in 1962, was drawing novelty greeting cards for American Greetings in Cleveland, Ohio. He stayed with the company for four years, producing hundreds of cards for the company’s Hi-Brow line; his superiors had him draw in a cuter style that was to leave a footprint on his work throughout his career. In Cleveland he met a group of young bohemians such as Buzzy Linhart, Liz Johnston, and Harvey Pekar. Dissatisfied with greeting card work, he tried to sell cartoons to comic book companies, who showed little interest in his work. In 1965, cartoonist Harvey Kurtzman printed some of Crumb’s work in the humor magazine he edited, Help!. Crumb moved to New York, intending to work with Kurtzman, but Help! ceased publication shortly after. Crumb briefly illustrated bubblegum cards for Topps before returning to Cleveland and American Greetings.

Crumb married Dana Morgan in 1964. Nearly destitute, the couple traveled in Europe, during which Crumb continued to produce work for Kurtzman and American Greetings, and Dana stole food. The relationship was unstable as Crumb frequently went his own way, and he was not close to his son Jesse (b. 1965).

In 1965 and 1966 Crumb had a number of Fritz the Cat strips published in the men’s magazine Cavalier. Fritz had appeared in Crumb’s work as early as the late 1950s; he was to become a hipster, scam artist, and bohemian until Crumb abandoned the character in 1969.
Crumb was becoming increasingly uncomfortable with his job and marriage when in June 1965 he began taking LSD, a psychedelic drug that was then still legal. He had both good and bad trips. One bad trip left him in a muddled state for half a year, during which for a time he left Dana; the state ended when the two took a strong dose of the drug together in April 1966. Crumb created a number of his best-known characters during his years of LSD use, including Mr. Natural, Angelfood McSpade, and the Snoid.