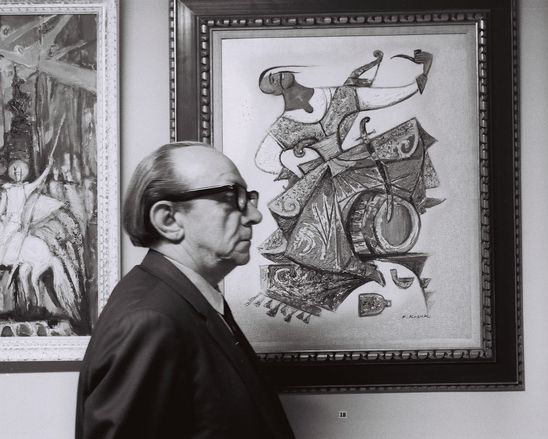 Painter, caricaturist, illustrator, film animator, graphic artist, and writer. Served in the Ukrainian Sich-Riflemen (1919) and in the ranks of the Ukrainian Galician Army. Studied at the Lviv Studio-School of O. Novakivsky (1927-1930). Worked for Lviv-based satirical and humor magazines Zyz [Cross-Eye] (1927-1933), Komar [Mosquito] (1933-1939), and Nash dzvinochok [Our Little Bell] (1932-1939), while consistently illustrating serial publications such as Ukrains’ka biblioteka [Ukrainian Library], Biblioteka dlia molodi [Library for Youth], Velyka istoriia Ukrainy [Large History of Ukraine], and calendars, annuals, and newspapers published by I. Tyktor (1933-1939). As a member of ANUM (from 1932), he actively participated in its exhibitions. Moved to Krakôw (1939-1940) and became a member of the Krakow art group “Zarevo” [Outburst] (1939). Returned to Lviv in 1941, joined SUOM, and participated in its 3rd exhibition (1942). In 1944, emigrated to Germany, where he headed USOM (1947-1948) and began publishing his own satirical-humor magazine Lys [Fox] (1948). Moved to the United States in 1951, joined OMUA in 1952, and resumed publication of his journal under the title Lys Mykyta [The Sly Fox]. Wrote humorous poems and feuilletons and completed a two-volume collection of short stories based on a fictitious émigré simpleton named George, Hryts’ Zozulia (1973). A subsequent collection, About the Plain Wisdom of ‘Hryts’, appeared in 1982. In addition to graphic works, produced animations and numerous caricatures of his contemporaries. Illustrated children’s books, decorated the title pages of musical arrangements of Ukrainian folk songs, and produced a series of pictorial postcards commemorating the Ukrainian Sich-Riflemen of World War I (1961). 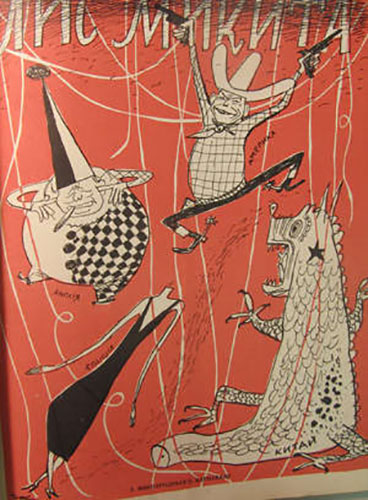 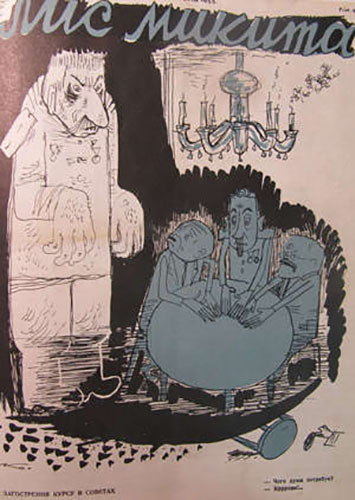 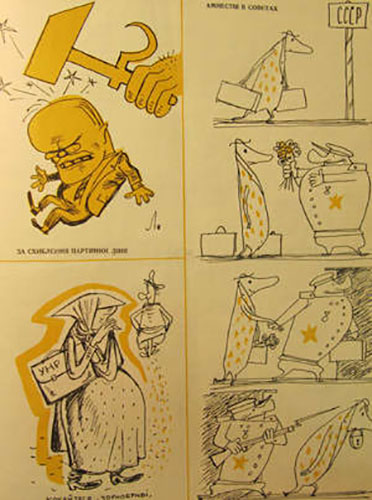 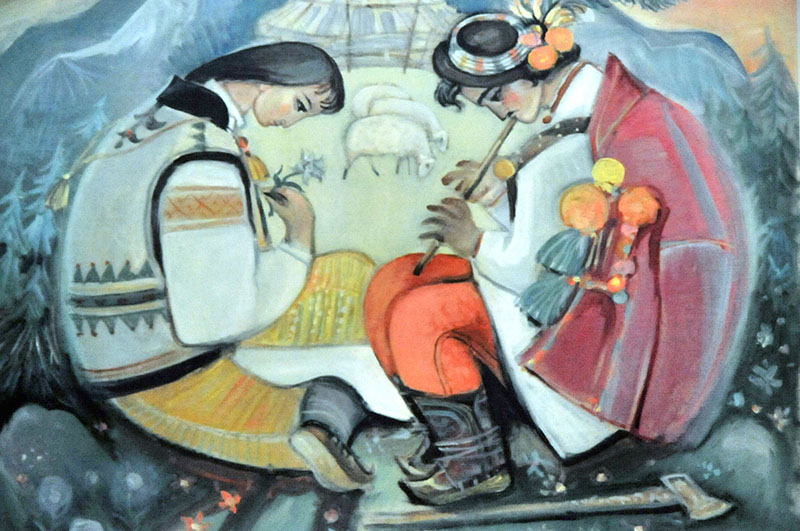