He was born on 11 (23) November 1869 in St. Petersburg.
The son of an interpreter A.G. Karrik and a photographer of Scottish descent, V.A. Carrick. He was a British subject, but he spent most of his life in Russia. He studied at the Academy of Fine Arts from 1882 to 1886. As an artist and graphic became known in the second half of the 1890s. Exhibited his work at exhibitions since 1903 (Society of Russian Watercolorists). In 1905-1906 he worked in satirical magazines “Bugle” and “Leshy”, then he was a correspondent of “The Messenger of Finance.” He is known for galleries of cartoons on Russian writers, politicians, public figures: M. Gorky, L. Andreev, V. Bryusov, Andrei White, V. Korolenko, A. Kuprin, S. Witte, P. Stolypin, V. Kokovtsev, P. Milyukov, P. Struve, I. Tsereteli, F. Plevako and many others. The caricature of V. Carrick “The Tsar and Tolstoy”, published in the English newspaper Manchester Guardian on September 5, 1908, became world fame. (For this cartoon, he was under arrest for ten weeks).
He was engaged in collecting, literary processing, illustration and publication of fairy tales of different peoples of the world, first of all Russians. Since 1909, his “Fairy-Tale Pictures” began to appear in Russia.
He enthusiastically accepted the February revolution, but he took a negative view of the usurpation of power by the Bolsheviks. In December 1917 he emigrated to Norway, lived in the small town of Walst (norw.) Near Oslo.
Actively participated in the life of the Russian emigre, cooperated with emigrant publications. He wrote articles of social and political content, continued to work as a cartoonist. The initiator of the action “Help to friends” in favor of the hungry in Russia. In the 1920s, at the request of Gorky, he took part in raising funds for Russian scientists. In the 1920s he published a collection of fairy tales with his own illustrations. In the 1930s – the author and editor of the bulletin “Communication”. Conducted correspondence with Russian emigrants around the world, among his addressees A. Kuprin, S. Rachmaninov, I. Shakhovskoy, F. Stepun, P. Struve and many others. In 1933 and 1936 he made several trips around Europe in order to collect folklore and read a series of lectures “The Life of a Tale.” He was buried in the cemetery in Asker. 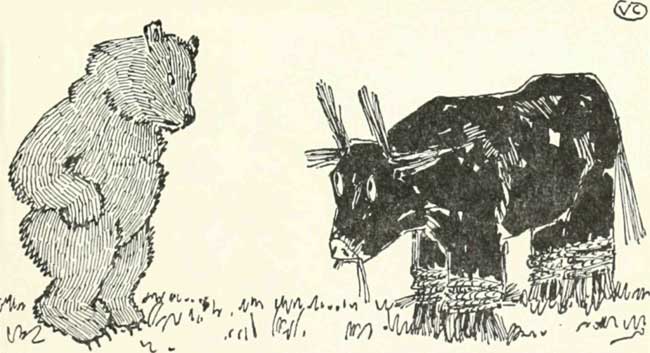