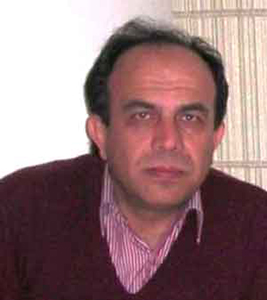 Was born in Adana, Turkey, in 1962. Graduated from the Uludag University. His first cartoon was published in a youth magazine in 1979. He worked for newspapers and magazines as a cartoonist and a graphic artist. He opened his private exhibition in Bursa Devlet Güzel Sanatlar Galerisi (Bursa Fine Art Gallery of Government) in 1984. He joined several other exhibitions, and his cartoons were published in some international catalogs. Has won several awards for his work. He still works as an art teacher in Seyhan Adana, Turkey.
A member of the Turkish Cartoonist Association.