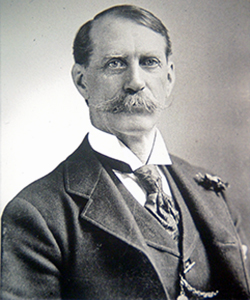 Palmer Cox (April 28, 1840 – July 24, 1924) was a Canadian illustrator and author, best known for The Brownies, his series of humorous verse books and comic strips about the mischievous but kindhearted fairy-like sprites. The cartoons were published in several books, such as The Brownies, Their Book (1887). Due to the popularity of Cox’s Brownies, one of the first popular handheld cameras was named after them, the Eastman Kodak Brownie camera.
He was born in Granby, Quebec, the son of Michael and Sarah (Miller) Cox, and became a carpenter and car builder. He moved to San Francisco via Panama as a railroad contractor, and he lived in there from 1863 to 1875. In 1874, he began to formally study drawing and contribute illustrated stories to such publications as Golden Era and Alta California. After 1875, Cox lived in New York (Pine View House, East Quogue, Long Island). During this time he regularly contributed editorial cartoons to Oscar Hammerstein’s United States Tobacco Journal.
The earliest publication of Brownie characters took place in 1879, but not until the February 1881 issue of Wide Awake magazine were the creatures printed in their final form. In 1883, Brownie stories appeared in St. Nicholas Magazine and as their popularity rose, they were covered in publications such as the Ladies’ Home Journal.
Cox’s Brownies were little men who had mischievous adventures together. Each Brownie had a distinctive physical appearance: for example, one, Cholly Boutonnière, wore a top hat and monocle, another was dressed as a stereotypical Chinese peasant, yet another was dressed as a Red Indian chief in war bonnet. Cox’s text was quite crude, and did not develop individual personalities for the Brownies, aside from the “ethnic” ones speaking in stereotypical dialect. Cox’s illustrations tended to show a crowd of Brownies jumbled together, with specific Brownies recurring from one illustration to the next, but with no Brownie occupying a predictable location in the picture.
Cox died at his 17-room dream home named Brownie Castle at Granby, Quebec, July 24, 1924. His headstone has a Brownie figure and the inscription: In creating the Brownies he bestowed a priceless heritage on childhood.
Squibs of California (1874) Later republished as Comic Yarns (1887)
Hans Von Petter’s Trip to Gotham (1878)
How Columbus Found America (1878)
That Stanley (1878)
Queer People, such as Goblins, Giants, Merry Men and Monarchs (1888)
Queer People with Paws and Claws (1888)
Queer People with Wings and Stings (1888)
The Brownies, Their Book (1887)
Another Brownie Book (1890)
The Brownies at Home (1893)
The Brownies Around the World (1894)
The Brownies Through the Union (1895)
Frontier Humor (1895)
The Brownies Abroad (1899)
The Brownies in the Philippines
The Palmer Cox Brownie Primer (1906)
The Brownie Clown in Brownie Town (comics[8] 1907)
The Brownies Many More Nights (1913)
The Brownies and Prince Florimel (1918)
The Brownie Calendar
Palmer Cox’s Brownies (play)
The Brownies in Fairyland (lyrics 1925) 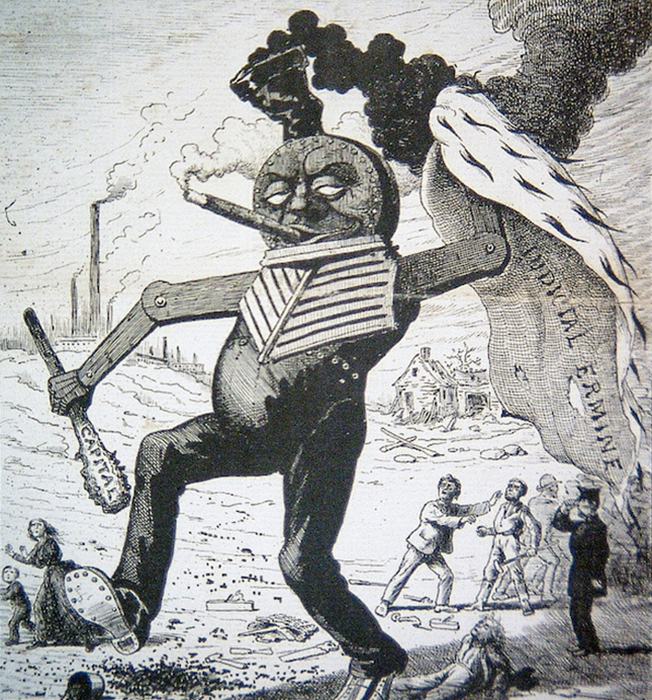 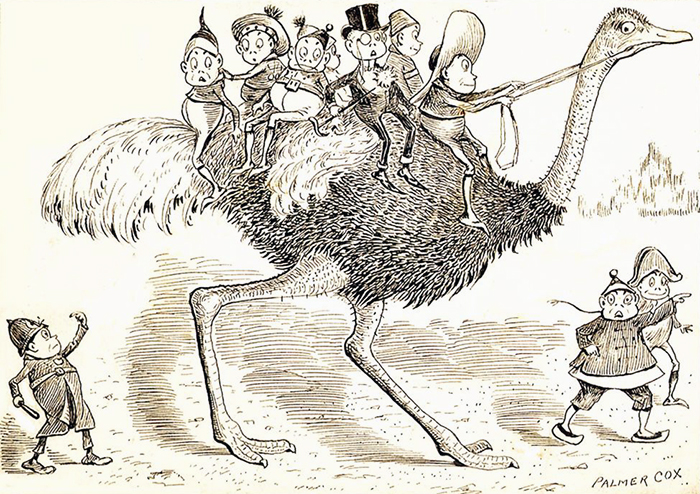 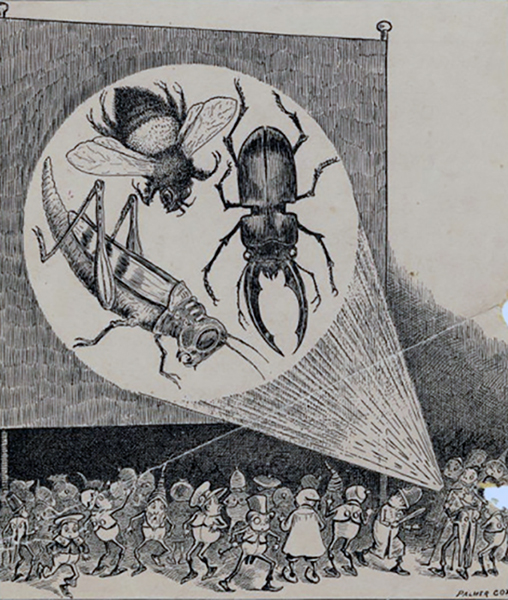