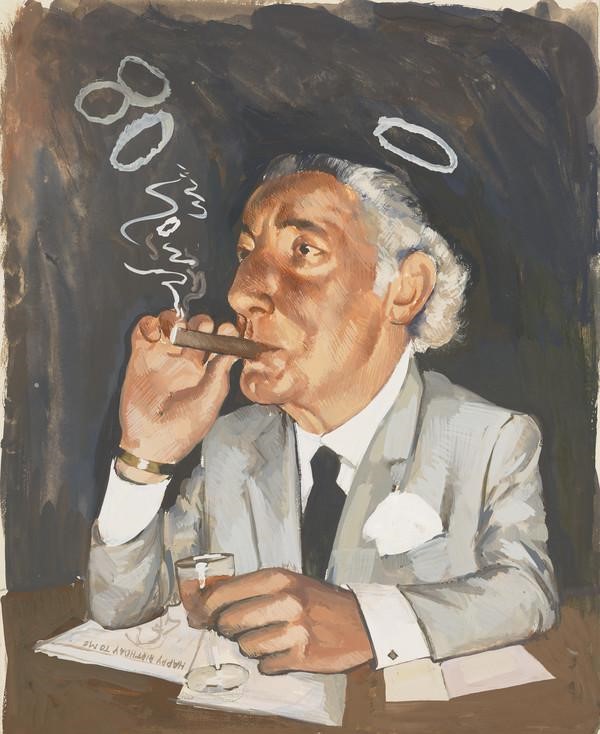 An artist who became famous in the early 1930s as a widely published cartoonist.

Coia was born on 13 April, 1911 in Glasgow. He was the son of Italian immigrant Giovanni Coia, an ice cream vendor in Glasgow, who trained him as an artist.

Educated at St Mungo’s Academy and Glasgow School of Art, he worked for a long time in advertising (before, during and after World War II) before returning to the newspaper business (originally in Glasgow), but later for Edinburgh—based publisher The Scotsman. This led to a long and mutually beneficial cooperation with the Edinburgh Festival.

Coia also contributed to the early days of Scottish television; engaging in conversation on a variety of topics and drawing cartoons and sketches on live and recorded TV shows. He received wide and well-deserved recognition for his work and was elected president of the Glasgow Art Club.

He was elected a fellow of the Royal Society of Edinburgh in 1984, among his supporters were Sir Robin Philipson and Andrew K. Morton. 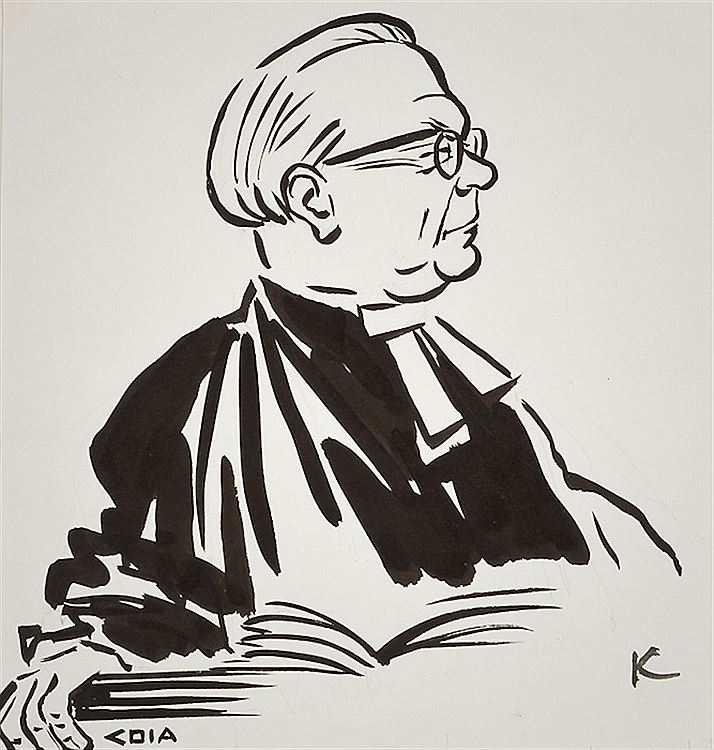