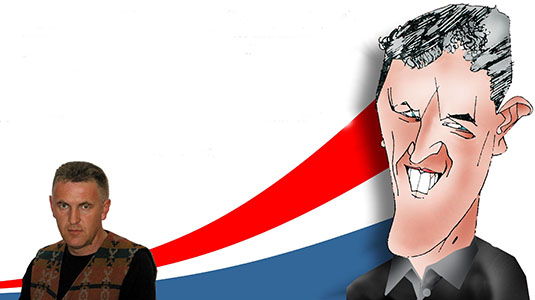 Born in 1963 in Drnis (Croatia). Live in Solin and works as graphic designer and marketing manager.
Since 1990 is a member of Croatian Caricaturist Society.
Works with a number of newspapers and comic magazines in Croatia and all over the world.
Has won lots of international awards at the competitions of caricature worldwide.
In 1998 was awarded as “the Best Croatian Caricaturist”.