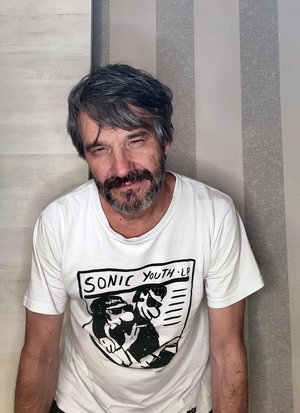 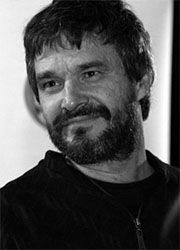 Adao Iturrusgarai (Cachoeira do Sul, 1965). His family is of Basque origin.

His first drawing was published in “Jornal do Povo” when he was 17 years old. At the age of 18, he moved to Porto Alegre to study “Publicidade e Propaganda”. He also studied “Fine Arts”, but was unable to complete his studies.

In 1991, he published in the magazine Dundum and traveled to Paris. In France, it is published in the magazines “Jackal Pointe” and “Flag”. In 1993, he returned to Brazil and settled in Sao Paulo. In 1994, he launched Big Bang Bang magazine, which barely had four issues. He has been a writer of humorous television programs including TV Colosso and the Casseta & Planeta show, both on TV Globo. In 1994, he joined the trio “Los 3 amigos” of Angeli, Laerta and Glauco… His works have been published in several Brazilian magazines, such as “Chiclete com Banana”, “Bundas”, “Veja”, “General” and “Vírus”, etc. He also collaborated in the magazines “Caros Amigos” and “Capricho”.

She currently publishes her daily comic Aline in two Brazilian newspapers (“Folha de S.Paulo” and “O Liberal”). He publishes his tapes in Internazionale magazine in Italy, in Correio da Manhã in Portugal and in Guapo magazine in Argentina. He has received several awards, and his comics are edited by Devir and distributed in Brazil, Portugal and Spain. Today Iturrusgarai lives in Patagonia with his wife and children.

Comics (cartoons) Iturrusgaraya is known for the form of humor he uses, provocative, smart and bold humor. Topics such as sex, homosexuality, debauchery, which can often be seen in everyday life, are the axis of his bands.