Phil Interlandi was born in the twenty-fourth. At seventeen, he went to war, there was drawing cartoons for the army newspaper. After the war, along with twin brother he studied at the Chicago Academy of Fine Arts. Brother, Frank, later became a political cartoonist in the LA Times. Phil also worked as an illustrator in advertising, but reached his fame working for Playboy. He lived in Laguna Beach, which became the center of the whole company cartoonists such as his brother, Ed Noftsiger, John Dempsey, Dick Shaw and others. Interlandi died in 2002. 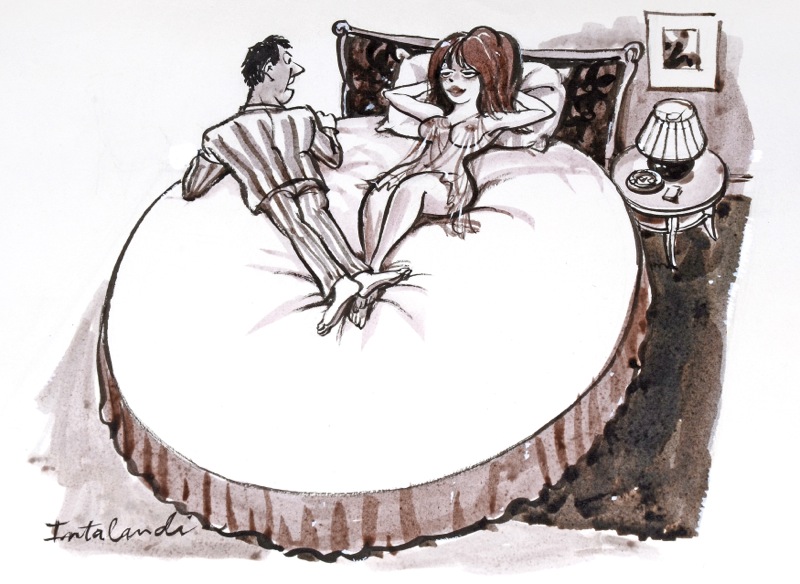 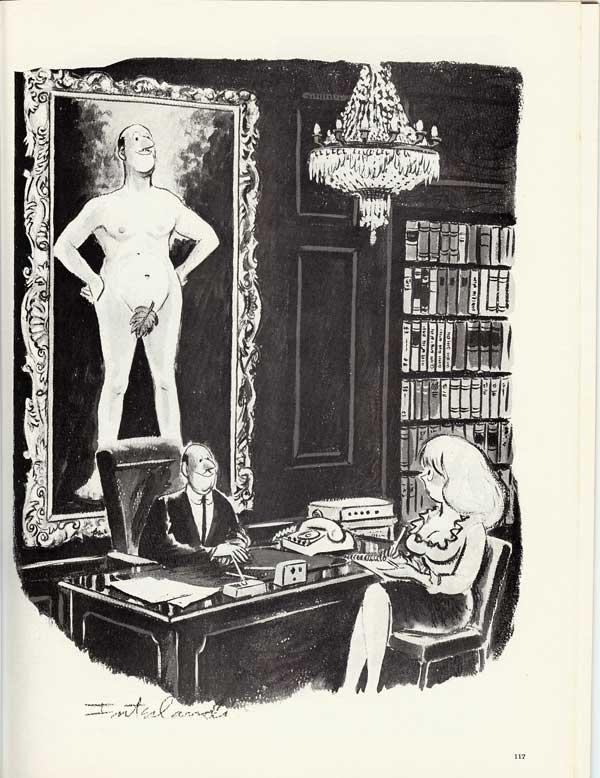