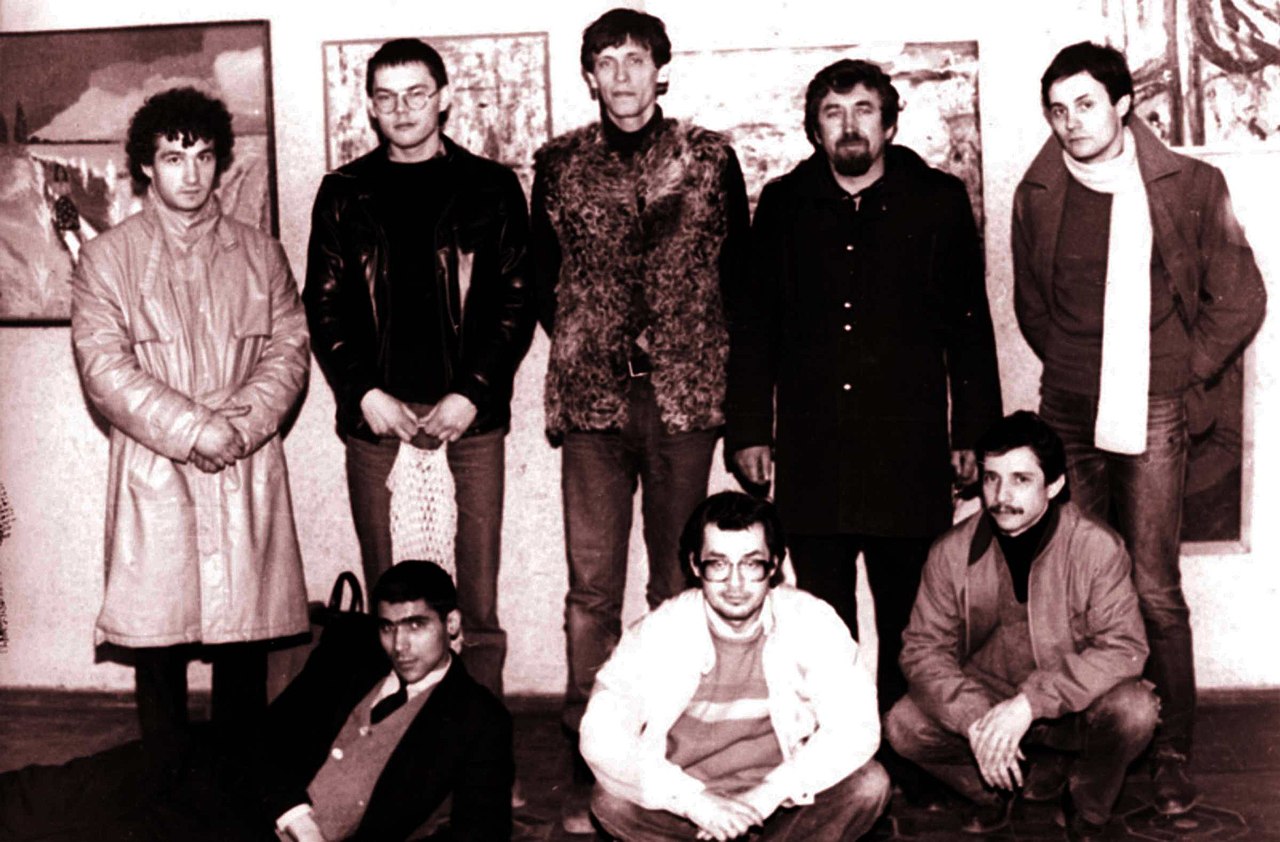 (originally, in 1987-1988, the Group “ZHUPEL”) is a partnership (art group) of Rostov (Rostov-on-Don) and Taganrog artists, founded by A. S. Ter-Oganyan in September 1988. One of the most striking artistic associations of the perestroika years.

“Once in the art workshops at the University Valery Ivanovich Kulchenko had a holiday. They brought two backpacks of “Alazani Valley” and began to drink it. Vasya Slepchenko wanted to show everyone the circles from the cans on his back. He tore his shirt, then his T-shirt and showed it. The celebration continued. From time to time someone shouted: “Circles!“, and Vasya showed it. It was a lot of fun. They rang the bell, threw weights from the floor. Yuri Leonidovich Shabelnikov sang Cossack songs in a beautiful voice, and old Valery Ivanovich Kulchenko knelt in front of him and cried” — Maxim Belozor, “Magic Country”.

It happened in 1988 and it was at this drunkenness that the creation of the Art or Death Artists’ Association was proclaimed. And when the whole company went “to the pit” for another portion of the “Alazani Valley”, this campaign was accompanied by something like a pioneer speech, when Ter-Oganyan shouted: – Art! And they answered him in chorus: — Or death!

Most of the artists included in the Art or Death Partnership were students or graduates of the M. B. Grekov Rostov Art College.

The first official exhibition of artists who joined the partnership, as well as those who joined them, took place on March 19, 1988 in Taganrog at the recreation center of the Priboy plant, the so-called “One-day exhibition”. In the art environment of artists, musicians, writers who lived next to the partnership, the legendary Rostov group “Beijing Row-Row” materialized (the leader and the main driving force is Sergey Timofeev).

In the fall of 1988, the main members of the group moved to Moscow, where they continued to perform under this name until 1991. Gradually, the core of the Moscow group stopped using the name “Art or Death” for its own identification — the group ceased to exist.

In 1991, A.Ter-Oganyan headed the art gallery (squat) founded by him in Trekhprudny Lane, where all the main figures of the Art or Death partnership were actively exhibited.

A remarkable fact: over the “reporting” 20 years, Orthodox fundamentalism in the South Russian format has grown stronger to such an extent that this exhibition provoked a reaction in Rostov-on-Don incommensurable with the reaction of the city to the antics of artists in the 80s of the last century. Sigutin was beaten, the museum received threats from local church leaders, several works had to be removed from the exhibition in order to avoid provocations from aggressively minded Orthodox.

In September 2009, a retrospective exhibition “Art or Death Partnership” was held at the State Museum of Modern Art of the Russian Academy of Arts as part of the 3rd Moscow Biennale of Contemporary Art.

What they did in Rostov in the late 1980s was in the spirit of the times: that’s how the “trans-avant-gardists” wrote in Italy, that’s how the “new wild” wrote in Germany, that’s how the “new artists” wrote in Leningrad. Their punk drive, coupled with the perestroika connivance of the authorities, broke through all the walls — soon they were already exhibited at the Regional Museum of Fine Arts. After that, they went to conquer Moscow, joining along with the Kievans and Odessans in the “South Russian wave” that covered it in the early 1990s. A. Tolstova, Kommersant, 2009

Let’s take “Art or Death” now. Here, however, Ter-Ohanyan and I had different goals. I wanted to build an alternative, but he believed that it was necessary to join the unified world art, to enter it. The goal is fulfilled: I entered, dissolved, became one of the figures of world art, which I am dissatisfied with now. He says everything is rotten, we need to build an alternative. Only it was necessary to start building it in the 88th year. They did not understand, they thought that everything was bad with us, but there, on the contrary, it was good.M. Nemirov, “Russian Magazine”, 2011

The number of members of the partnership at various times included: