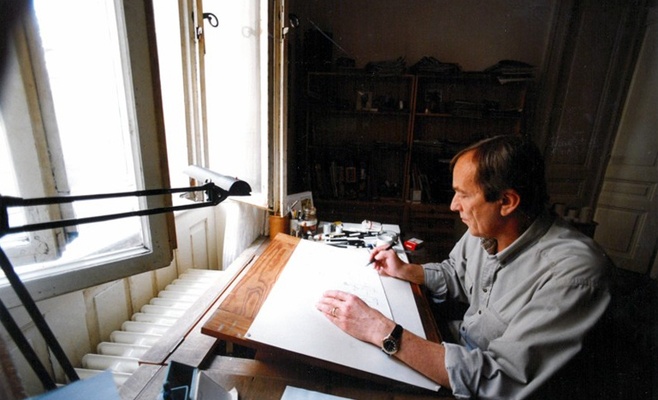 Born on June 6, 1938 in Hradec Králové.
Jiránek was born in Hradec Králové. In 1962 he graduated from the Faculty of Arts of Charles University in Prague, where he studied journalism, although throughout all his life he has been working as a freelance illustrator. He cooperated with different magazines (e.g. Mladý svět, Vesmír, Technický magazín). After the Velvet revolution joined Lidové noviny. In 1993 he moved to Mladá fronta DNES and then back to Lidové noviny. His cartoons also appeared in Reflex and several other magazines. He died, aged 74, in Prague.