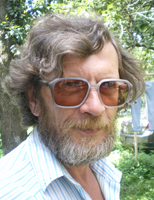 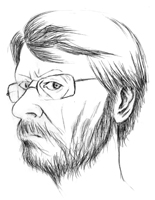 Year of birth: 1954. Residence: Minsk (Republic of Belarus), not married.

His first publications were in the Literatura i iskusstvo (Literature and Art) magazine and the Znamya Yunosti (Flag of the Youth) newspaper, 1980–1981 (Minsk). Then he contributed to the Vozhyk (Hedgehog) satirical magazine (USSR, Republic of Belarus).

More than 3000 of his pictures were published in different periodicals. He was a participant of an international cartoon exhibitions. He illustrated some books, his collection of cartoons were published.

He likes cats, he is a fan of billiards and football.

He spends summers at the dacha (summer cottage).