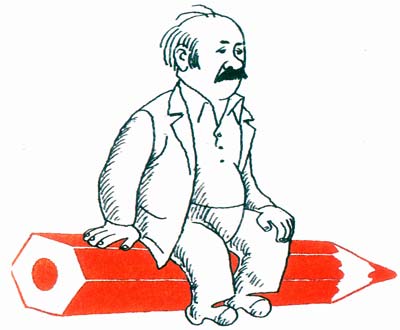 Gurov Evgeny Alexandrovich was born in Moscow in 1925 in the artist’s family. In 1943 he joined the Red Army. After the war Gurov worked as an artist in a newspaper. Throughout his life he contributed to the Krokodil (Crocodile) magazine. Since 1956 Gurov was a member of the USSR Artists Union and since 1960 of the USSR Journalists Union.
He was a participant in more than 80 all-Union, republican, Moscow and foreign exhibitions. Yevgeny Gurov was among the 106 best masters of the international satirical graphics and among the top 10 cartoonists of the USSR.