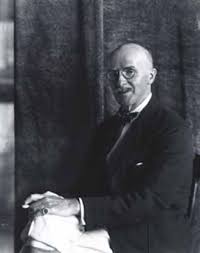 Member of the National Academy born in San Francisco, California, in 1875. Gordon Grant, noted in fine-art circles as a premier marine painter, acquired a love for the sea at an early age. His father, seeking to strengthen racial and ancestral bonds, sent young Gordon to Scotland to attend elementary school; a voyage of almost five months around Cape Horn in a Glasgow sailing vessel seemed to chart the excited Grant’s own artistic course.
His art training was received later at the Heatherly and Lambeth school in London. Back in the United States, practical art experience came with jobs as a newspaper artist in San Francisco and New York. These two cities were great cartoon centers, and before long Grant was a regular contributor to humor magazines. Around the turn of the century his work became a fixture in Puck, and soon thereafter his illustrations adorned the pages of the second-level popular monthlies.
Grant’s work for Puck was at first an awkward groping for a Gibson affinity—a foible of too many cartoonists of the period. But Grunt was able to rise above the throng and develop quite a handsome and distinctive style of his own: crisp, bold pen lines, judicious shading and empathetic characterizations. His “girls” were heralded, justifiably, as much as other artists’ characters who followed the Gibson Girl’s successes. Grant worked for Puck nearly until its change of ownership in 1914. He had graduated to cover art and seldom dealt with politics in his cartoons.
Gordon Grant’s cartoon work is today unfortunately obscured by his other achievements—famous illustrations for Booth Tarkington’s Penrod stories, his painting of the Constitution that became the focal point for тхэ restoration of “Old Ironsides,” his self-written and self-illustrated books, including Ships Under Sail (1941) and The Secret Voyage (1943), as well as his representations in many major museums and galleries.
The World Encyclopedia of Cartoons, 1981 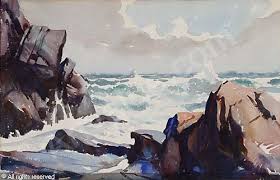