Born in Nantes, France, in 1875. Felix Grandjouan started law school in Nantes but then embarked on an artistic career by both writing and illustrating Nantes la Grise (“Nantes the Gray City,” 1899). He went to Paris a year later and contributed cartoons to the most important satirical (and oftentimes anarchistic) journals of the beginning of this century: Le Rire, Le Sourire, Le Canard Sauvage, Les Temps Nouveaux, L’Assiette ou Beurre, etc.
Grandjouan’s 2,000 drawings deal with every political and social problem from granting Algerian independence to more enlightened labor laws, from foreign spies to the Courrieres mine disaster. They have a haunting quality about them that conceals the bitterness of a socially committed artist. Grandjouan was also a fervent admirer of Isadora Duncan, whom he met in Paris in 1901. He drew 25 sketches of the American dancer (1912) in addition to illustrating, along with Bourdelle and Clara, her Ecrits sur la Danse (1927).
Felix Grandjouan, who was erroneously reported dead of tuberculosis in 1912, actually died in his bed in 1968 at the age of 93. 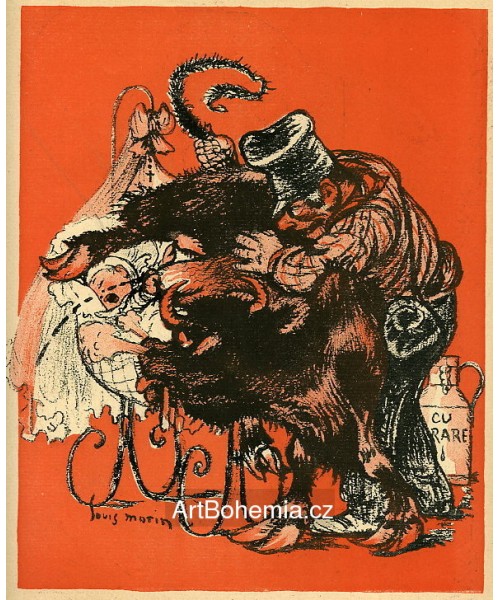 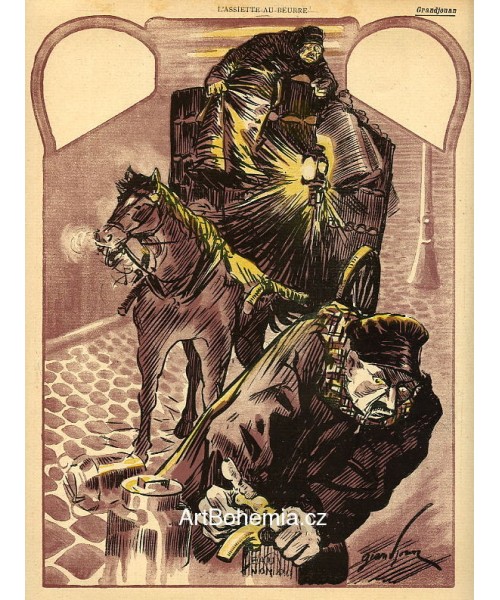