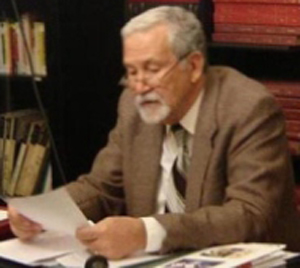 Yurdagün Göker was born in Edirne in 1935. After finishing at Kabataş High School for Boys, he studied politics, archaeology and art history at a university. He played basketball in the Beşiktaş Club for 12 years. In 1952, Göker started drawing caricatures for İstanbul Oda Karakedi caricature magazine. He also drew in many Turkish newspapers such as Havadis, Son Havadis, Yeni Istanbul, Tercüman, and magazines including Hayat and Ses. He won caricature contests in Montreal and Scaremberg. After receiving an award in Montreal in 1965, Göker went to Germany. His caricatures were published in many German publications such as Bunte, Das Freizeit, Hobby, Horzu, and Kicker. He drew a 30 minute cartoon film for NASA. After returning to Turkey in 1975, Göker was selected as a member of the Publishing Committee in the Turkish Ministry of Education, and published Yavrutürk magazine on behalf of the Ministry. He also published many cartoons such as “Nasrettin Hoca”, “Nasrettin Hoca’dan Keloğlana”, 13 “Keloğlan” and 3 “Bora” albums. In addition, he illustrated over 400 tales. “Nasrettin Hoca’dan Keloğlana” was translated into English. Göker has had 5 solo exhibitions and participated in numerous group caricature exhibitions in Turkey and abroad.
http://www.turkishculture.org/whoiswho/visual-arts/yurdagun-goker-1989.htm