In 1976, Glauco moved to Ribeiran Preto and, after being noticed by the journalist Jose Hamilton Ribeiro, published his first works in the newspaper Diário da Manhã. A year later, he was awarded the Piracicaba International Humor Exhibition by a jury consisting of Jaguar, Millor Fernandes, Henfil and Angeli, as well as the 2nd Biennial of Graphic Humor and Cuba.

In 1984, at the invitation of Angeli, he began publishing in the Ilustrada section of the Folha de S. Paulo newspaper, where several of his characters first appeared, including Geraldinho (created in 1981 after reading the Teachings of Don Juan – the way of Yaqui knowledge). Carlos Castaneda). Other characters include Casal Neuras, Doy Jorge, Dona Marta and Zé do Apocalypse. For a younger audience, the weekly Folhinha app created the character Geraldinho.

Geraldinho had a Sega Master System video game exclusively for the Brazilian market, released by Tec Toy, it was an adaptation of the Japanese game Teddy Boy Blues.

He joined the cast of TV Pirata writers, and also did some sketches for the children’s show TV Colosso, both from Rede Globo, for which he also designed vignettes. He edited the magazine Geraldão by Circo Editorial from 1987 to 1989 and during this period collaborated with the magazines Chiclete com Banana and Circus.

As a musician, Glauco played in rock bands. Glauco founded and directed (for about 20 years) the Santo Daimyo Church in Sao Paulo called Céu de Maria (Heaven of Mary) and wrote many hymns to Santo Daimyo, collected mainly in a hymn book called Chaveirinho.

Venomous humor, quick jokes; Glauco’s style contributed to the modernization of Brazilian caricature in the period coinciding with the arrival of the post-dictatorship generation. His theme was everyday life and its degradation, with themes such as family problems, neurosis, loneliness, drugs and urban violence.

Glauco was killed in Osasco in the early morning of March 12, 2010. His lawyer told the press that the crime occurred during an attempted robbery at his home, followed by an attempted abduction. Glavko negotiated with the bandits, who then took him away, but left his wife and two children who were in the house. As they were leaving the house, another son of Glavko, Raoni, arrived at the scene, who tried to dissuade the attackers who shot the father and son.

This version was later refuted. In the version told by Glauco’s family, a university student named Carlos Eduardo Sundfeld Nunez tried to convince Glauco to leave his home to tell Nunez’s mother that he was Jesus Christ. According to a representative of the Osasco police Department, Carlos Eduardo Nunez was charged with drug possession.

“The killer came to the cartoonist’s house, argued with Glauco, pulled out a gun and started shooting. At that moment, the cartoonist’s son returned. He continued shooting and fled,” the sheriff said. The son reacted to protect his father.

Glavko and Raoni were buried at the Gethsemane Cemetery in Anhanger, north of Sao Paulo. 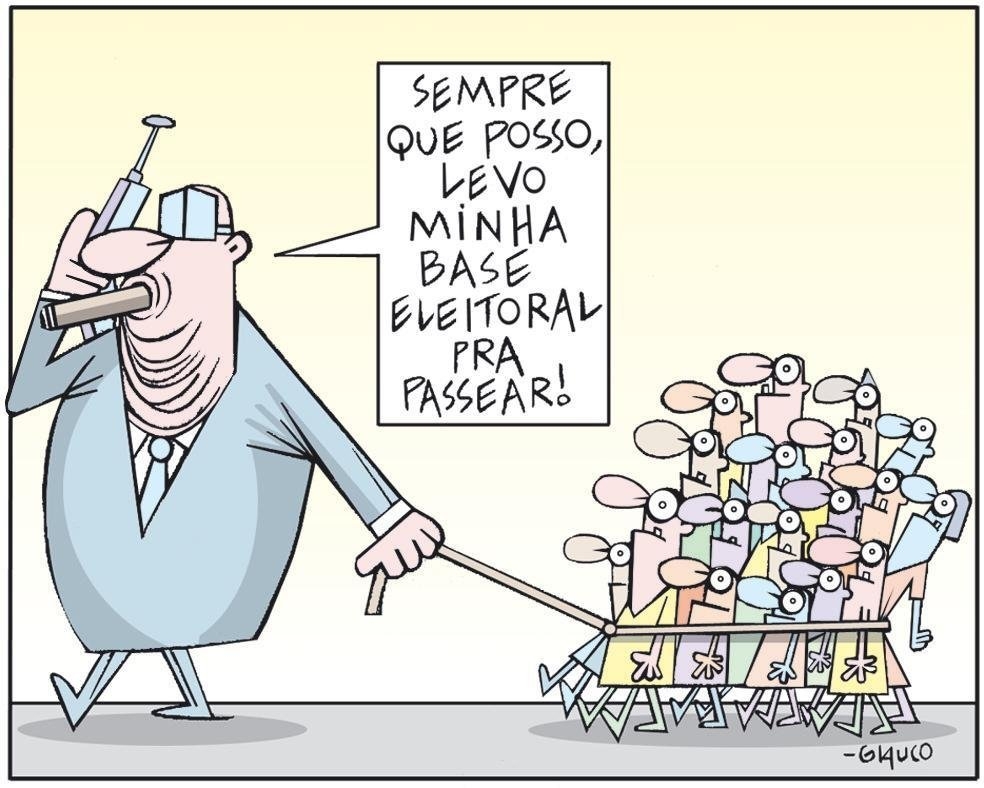