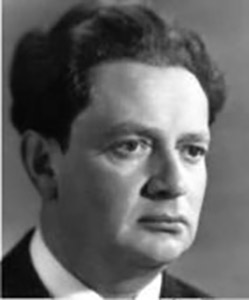 He was born on October 26, 1922. He graduated from the All-Union Institute of Cinematography in Moscow (1944). He worked at the Belarusfilm film studio. And then at the Minsk Film Studio since 1946. Honored Artist of the BSSR (1968). Art director of feature films. Member of the editorial board of the On the screens magazine.