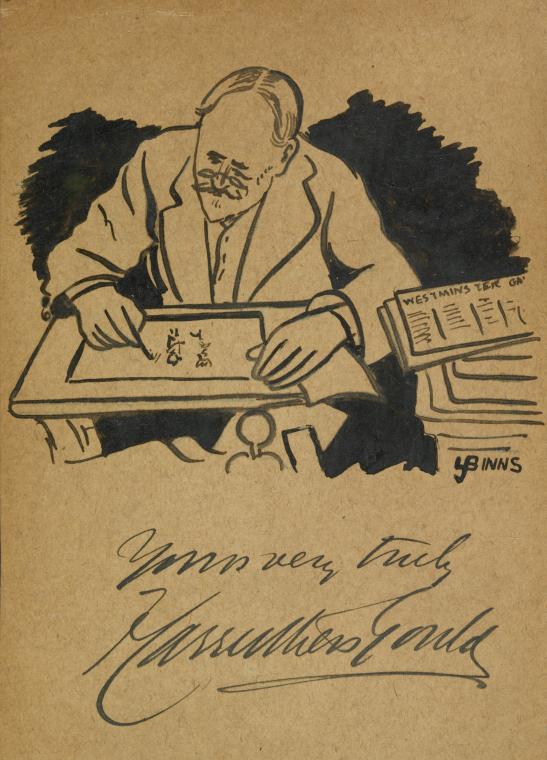 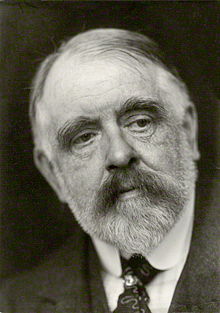 Although in early youth he showed great love of drawing, he began life in a bank and then joined the London Stock Exchange, where he constantly sketched the members and illustrated important events in the financial world; many of these drawings were reproduced by lithography and published for private circulation. In 1879 he began the regular illustration of the Christmas numbers of Truth, and in 1887 he became a contributor to the Pall Mall Gazette, transferring his allegiance to the Westminster Gazette on its foundation and subsequently acting as assistant editor.[1]

Among his independent publications are Who killed Cock Robin? (1897), Tales told in the Zoo (1900), two volumes of Froissart’s Modern Chronicles, told and pictured by FC Gould (1902 and 1903), and Picture Politics—a periodical reprint of his Westminster Gazette cartoons, one of the most noteworthy implements of political warfare in the armoury of the Liberal Party. With Sir Wilfrid Lawson he published Cartoons in Rhyme and Line (1905).

Frequently grafting his ideas onto subjects taken freely from Uncle Remus, Alice’s Adventures in Wonderland, and the works of Dickens and Shakespeare, Gould used these literary vehicles with extraordinary dexterity and point, but with a satire that was not unkind and with a vigour from which bitterness, virulence and cynicism were notably absent. He was knighted in 1906. Unpublished manuscripts and biographical material are in the House of Commons Library historical collections, kept in the House of Lords Record Office.

Carruthers Gould was responsible for designing 11 Toby jugs of World War I political and military figures between 1915 and 1920. 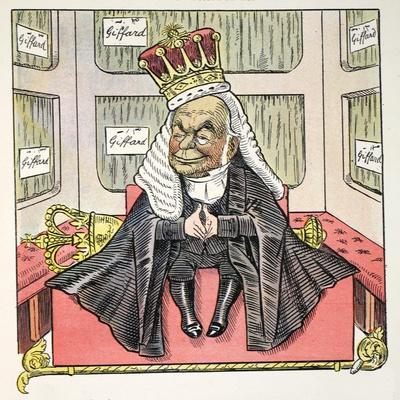 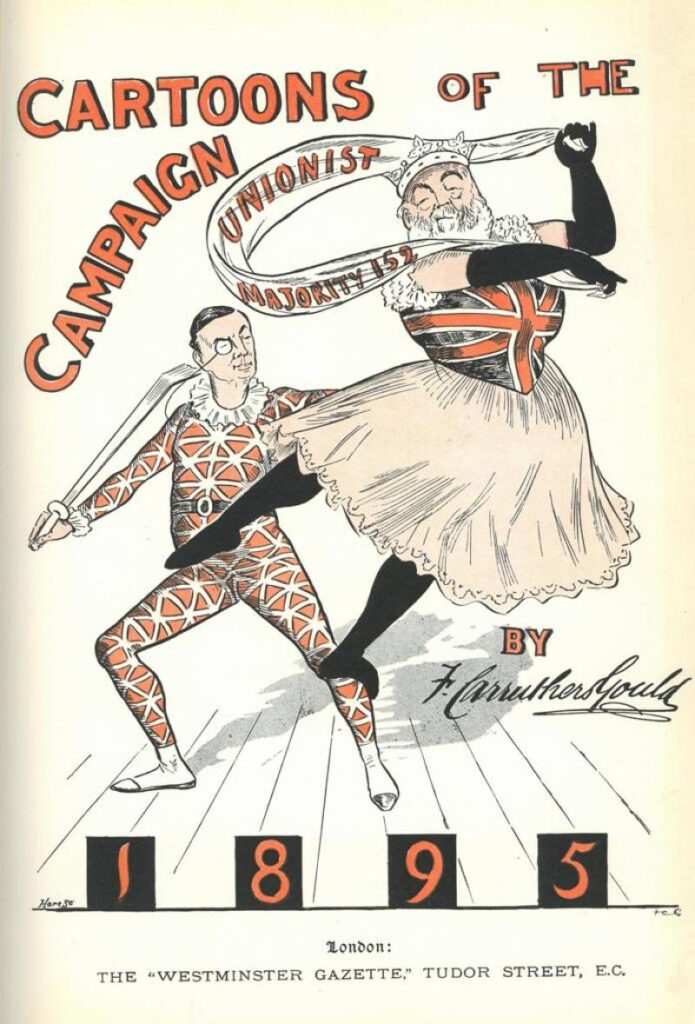