After finishing Primary School in Humenne he graduated from the Secondary School of Art Industry in Bratislava. He continued his studies at the Philosophical Faculty of the P. J. Šafárik University in Prešov, where in 1972 he graduated from Slovak Art Education Faculty. After completing his university studies he worked for three years at the Gymnasium in Snina. In 1975 he began working as an editor of the Czechoslovak News Agency (today the Press Agency of the Slovak Republic), where he still works today. Since 1971, he has published humor and aphorisms in various newspapers and magazines. P. Gossányi’s aphorisms often appear in various radio programs. There is probably no newspaper in Slovakia or a magazine where “Pg” did not appear. Peter Gossányi regularly participates in exhibitions and competitions in the field of drawn humor at home and abroad. 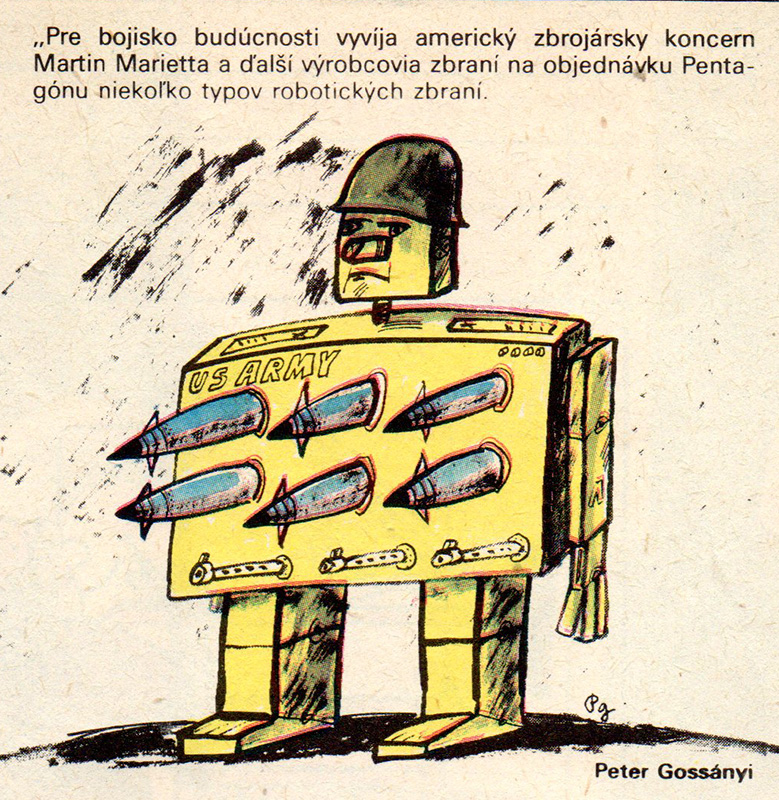