A native of St. Louis, Missouri, Alexander studied at the Chicago Academy of Fine Arts, taking several drawing courses, and also attended Northwestern University. During the First World War, he served as a camouflage engineer in Europe.

In the mid-1920s, Alexander launched two comics, “Finny from the Force” (1925-31) and “Feathered Heads” (1926-36), but he is best known for the comic strip “Harry’s Hairstyle”, which he took over in 1931 after the death of its creator C. V. Kales. Alexander made this tape for eight years, and then dropped it in 1939. Alexander also drew editorial cartoons for United Features Syndicate , and in 1941 he became a full – time political cartoonist for the Philadelphia Bulletin . Alexander’s career in the Bulletin lasted 26 years.

According to Smithsonian magazine, Alexander developed the famous Monopoly board game for the Parker brothers in 1935, including creating the characters of Edgar Mallory, who went to prison, Jake the jailer and the mascot of the characters of Milburn Pennybag.

Alexander was the designer of a 1952 commemorative U.S. postage stamp in honor of the Newsboys.

In 1966, Alexander presented Syracuse University with more than 1,000 originals of his cartoons. The artwork is housed in the University’s Special Collections Research Center.

His work has been recognized by the Freedom Foundation and the National Security Council . 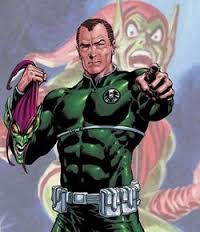