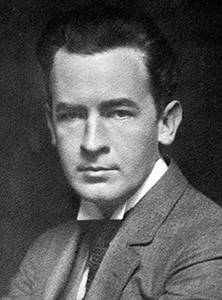 He became famous for his portrait of Uncle Sam. It was he who drew the very famous poster from which a bearded gentleman in a bowler hat with the symbols of the American flag addresses citizens, pointing at them with his finger: ‘I Want You For U.S. Army’ (lit. ‘I Need You For The US Army’). It’s no secret that the famous Russian poster of the Civil War ‘Have you signed up as a Volunteer?’ was a kind of repetition of the American.

James Montgomery Flagg was born in 1877 in the state of New York (Pelham Manor, New York). He loved to draw from an early age, and made some progress in this. So, when Flagg was 14 years old, his drawings were already printed in the publication ‘Life’, and a little later in ‘Judge’. In 1898-1900 he studied art in London (London) and Paris (Paris), after which he returned to the States. Flagg had enough work – he illustrated books, as well as magazine covers, drew cartoons, including political ones, as well as cartoons.

Flagg created his most famous work in 1917. It was a poster from which a gentleman with a beard and a bowler hat sternly looked at the viewer, pointed directly at the viewer with his finger and said: ‘I Want You For U.S. Army’ (‘I Need You For The U.S. Army’). Of course, it was the same Uncle Sam – a kind of symbol of the US government, which has been tried to draw more than once, but never before had he looked so convincing. So, it was James Montgomery Flagg who became the first to create a vivid image of Uncle Sam.

In general, the story of Uncle Sam began in a completely funny and even touching way. So, the reason for everything was an illiterate Irishman, a watchman who was unloading barrels of meat, and thought that the letters US on the barrels were the initials of the meat producer, Uncle Sam. By the way, Uncle Sam, the butcher, existed in reality, it was Samuel Wilson, who really supplied beef in barrels for the army. So, the joke about Uncle Sam began to spread more widely, and soon the government of the country began to be called Uncle Sam. As a result, it was decided to adopt the image of Uncle Sam as the progenitor of the national symbol of the United States, which happened in September 1961 at a meeting of Congress.

So Uncle Sam was officially born, and he owed his appearance to the artist Flagg. By the way, it is believed that Flagg used himself as a model, thereby giving Uncle Sam his own facial features. However, he added something – a beard, and also made him older. By the way, Flagg’s ingenuity was very much liked by Franklin Delano Roosevelt.

However, his authorship has been disputed more than once. So, a number of sources name the artist Thomas Nast as the author of the portrait of Uncle Sam, but this is completely unfair.

During the Second World War, the poster was revived and became relevant again – Uncle Sam needed soldiers again. By the way, more than 4 million copies were sold during the First World War alone.

At some point, at the peak of his career, James Montgomery Flagg became the highest paid illustrator in America. In 1946, he published his autobiography – ‘Roses and Buckshot’.

He died on May 27, 1960 in New York City and was buried at Woodlawn Cemetery. 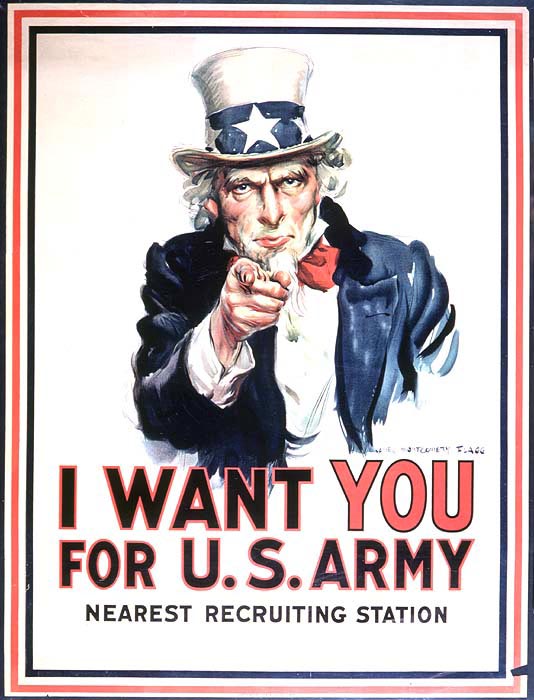 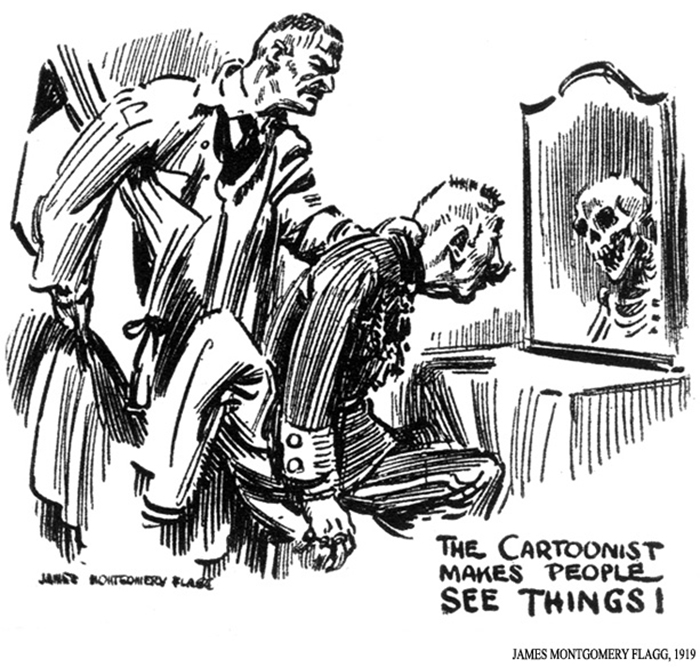