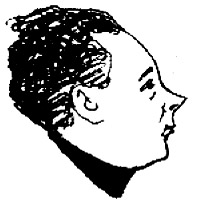 Fedorov Yuri Nikolaevich – graphic artist, book illustrator. In 1948 he graduated from the Moscow Polygraphic Institute. The leading artist of the magazine “Crocodile” 1960-1970. Member of the Union of Artists of the USSR.

As a very young man, Yuri Nikolaevich Fedorov left his native home: his father died in the war, his mother worked at one of the Voronezh enterprises. I came from Voronezh to Moscow and entered the polygraphic Institute. The nineteen-year-old artist, one of the youngest at that time, began his journey in a great satire, but not anywhere, but in the famous “Crocodile” his first drawing was printed (No. 1,1949).

After graduating from the institute, he switched to creative work: he was published in many metropolitan publications, decorated dozens of books with his drawings in the publishing houses Pravda, Soviet Writer, was a participant in major art exhibitions. He measured himself with an unsettled life, lived wherever he had to, renting rooms according to ads.

Here is what is written in the book of the oldest “Crocodile” I.P. Abramsky in the book “Laughter of the Strong”: “A significant place in the art collective of “Crocodile” was occupied by Yuri Fedorov, who worked in the magazine since 1948 after graduating from the Moscow Polygraphic Institute. He immediately stood out for his ingenuity, his ability not only to invent themes of satirical drawings, but also to find peculiar forms, many personnel compositions united by a common thought.

In 1960, he painted a Crocodile on the cover, hitting targets with arrows. They depict a bureaucrat, a bribe taker, a fraudster, a fraudster, a grabber, a drunkard, a gossip. This situation can be successfully used for a friendly cartoon on Fedorov himself. Just all these negative heroes are invariably struck by his well-aimed pen. Drawings by Fedorov Yu .They are always permeated with irony, their success is greatly facilitated by an equally ironic, elegant touch. His drawing is clear, finished, but never slick, does not carry the features of naturalism. The artist manages drawings for children’s books, in particular, for the magazine “Funny Pictures”. For many years he was a member of the editorial board of this journal. The creative path of Fyodorov Yuri Nikolaevich is illuminated by the popularity that quickly came. He rose rapidly in the satirical sky, but while still at the zenith, he slowed down his progressive path. Unfortunately, the master passed away early.”