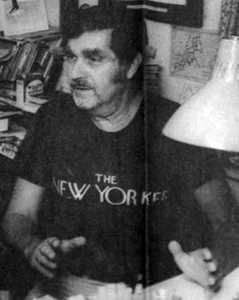 American cartoonist born in Chicago. Illinois, in 1922. Dana Fradon studied at the Art Institute of Chicago, then moved to New York, there continuing his art education at the prestigious Art Students League. He served in the Army Air Corps from 1942 to 1945. returning after the war to New York to begin work as a freelance illustrator. Besides his work for the New Yorker, where he became a regular contributor in the 1950s, he has also appeared in Look. Saturday Review and the Saturday Evening Post.

As an artist, Fradon does not show the highly individualized style of New Yorker colleagues like George Price or Charles Addams. He generally avoids portraying physical-action situations in his sparsely populated panels, preferring instead to concentrate on the delivery of sophisticated gag lines through the medium of clean, simply drawn, strong-featured representational figures. His favorite targets include the IRS, television and television’s inseparable mate. Madison Avenue. One particularly clever example of his penchant for twitting the tax man portrays two wealthy Romans over a bowl of wine, one complaining to his obviously understanding guest, “I’d hate to tell you how much I’m going to have to render unto Caesar this year.”

Fradon’s success as a cartoonist rest on his ability to be topical without becoming easily dated. Thus, much of his work from as far back as the 1950s remains, upon reacquaintance, as fresh now as it was then. His talent shows no sign of flagging in the 1970s, when he can have a shocked and concerned chemist finding traces of tuna fish iri his latest shipment of mercury.

Besides his voluminous contributions to the best of the mass circulation periodical press, Fradon has also been published in two separate anthologies, Breaking the I. a ugh Barrier (1961) and My Son the Medicine Man (1964). His work is represented in the permanent collection of cartoon art in the Library of Congress. 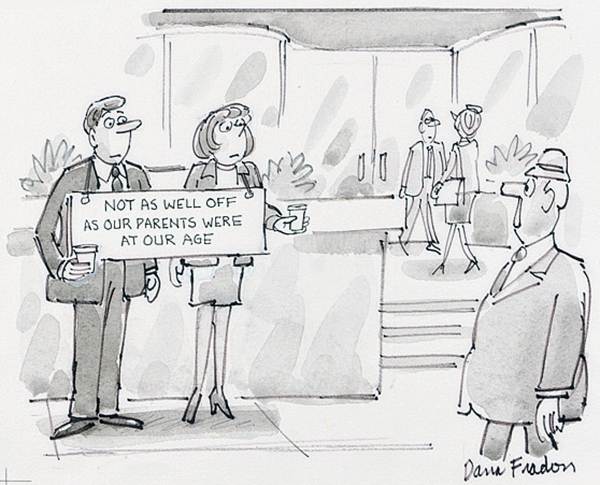 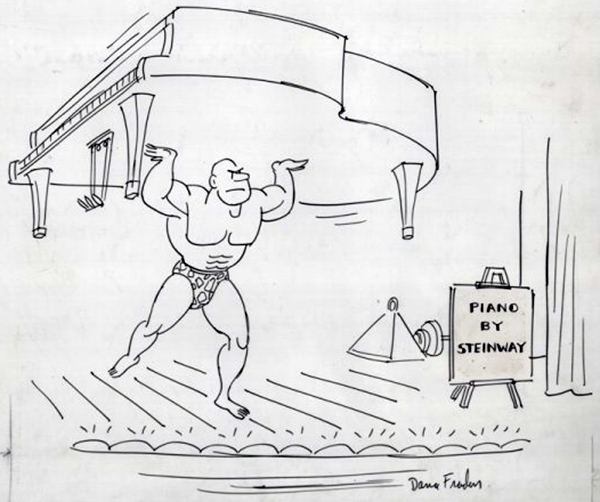